"Funny thing about the future; it's full of people. Which also means it's full of crime. Because there's always someone stupid enough to think they can get what they want without having to actually pay for it. My job is to track down criminals who think they can use time travel to escape justice and even profit at the expense of people living in less advanced periods of history. They may think they'll get away without having to pay, but they're wrong. I'm the price... with interest."

Aeryn Karmis is a bounty hunter from the 231st century. She specializes in tracking down criminals who have used time travel in order to try and escape justice. Her latest assignment has brought her to the 21st century in order to track down the hundreds of criminals sent back to this time by the villainous Dr. Mercer Therid. Therid made a fortune from using his technology to hide criminals amidst the chaos of the present era before the NPPD (New Paragon Police Department) shut his operation down and Therid himself escaped into the past.

Ever since then Aeryn, with the help of Jacen Antares (her Temporal Technician), has donned a temporal containment suit and used Trans-Temporal Projection Array 2542-A to scour the 21st century for signs of Therid and the criminals he let loose on that era in order to bring them to justice.

"Since this is your first exposure to time travel, I need to tell you about the Carbon Law. Carbon Law is the law of Time Travel that restricts how far forward or backward you can actually travel. In Earth years, this comes out to around 5,730 years, give or take 40 or so. Everyone is different. When someone travels beyond their tether, he finds himself assimilated by the time stream, never to be heard from again." 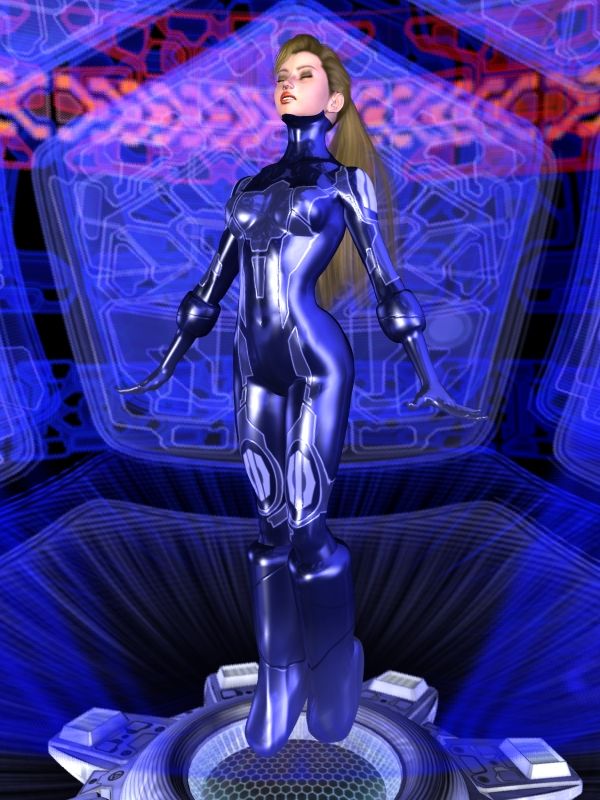 More advanced than the Pillars of Ice and Flame, the Trans-Temporal Projection Array is able to bypass the Carbon Law,

but requires the subject to wear a temporal containment suit while doing so.

Though heavily regulated, by the 231st century significant advances had been made in the field of time travel. As study progressed the principle known as the Carbon Law came to be understood as a subset of the principle of Temporal Inertia; specifically that no change made to the time stream by an individual will have any noticeable affect on the timeline beyond the extremes of any individual's 'tether' (a total span of no more than 11,541 years). Scientists often liken this to the way a rock thrown into a pond will cause a great deal of disturbance at the point of impact, but that as the ripples spread outward from that point, they reduce in intensity until, after a certain point, you simply can't see them anymore. The more extreme the change, the longer it takes to correct, but in the end the causal natural of events ensures that the changes are ultimately minimalized to point that, in the grand scheme of things, it will make no difference at all.

"The short version? As long as I send you at least 11,541 years into the past you can do whatever you want and it's not going to change a thing in this time."

In order to bypass the Carbon Law, travellers must wear a temporal containment suit (sometimes called a tether suit). The suit acts as an artificial tether, keeping the traveller connected to their current time when projected into the past. The first temporal containment suits were bulky affairs resembling the space-suits of the mid-20th century, but by the 231st century the design had been refined into a lightweight skintight bodysuit composed of a self-replicating liquid metal, rendering the suit itself virtually indestructable (the same, unfortunately can not be said for the wearers).

Aeryn Karmis uses Trans-Temporal Projection Array 2542-A. Array 2542-A is a synchronous phase temporal projector, meaning that it maintains a real-time connection between the traveller and the temporal technician who operates the array. Two-way communication is possible using the tether as a sort of temporal wave-guide. The biggest difference between a temporal projection array and other time travel devices is that it relies upon a constant expenditure of power to project the traveller into the past. Should any damage or malfunction in the suit or projector occur, the collapsing time field would immediately pull the traveller back to their present instead of leaving them trapped in the past.

In addition, Array 2542-A is temporally shielded with it's own self-sustaining life-support and power system to ensure that, even in the event of a catostrophic temporal change within the range of the Carbon Law, the Array and those within it will be unaffected by the change and be able to work at restoring the previous flow of time.

The end result of more than a thousand generations of evolution and a sprinkling of genetic engineering, the humans of the 231st are physiologically superior to their 21st century ancestors in every concievable way. They are able to lift four times their body weight, make leaps over a dozen feet into the air, and run at thirty miles per hour with the endurance to maintain that pace for over two dozen miles before needing to even take a brief rest. They are also far more resiliant than their predecessors; immune to cancer, disease, and illness with the resiliance to recover completely from all but the most deadly of injuries and toxins; coupled with medical science that those of the 21st century would deem magic; the humans of the 231st century are virtually immortal. Likewise, their mental faculties are sharper than all but the brightest of the 21st century, with nearly photographic memories and senses honed to virtual perfection.

All of these physiological advances led to the coining of the phrase Neo-Human (homo sapien novus) in the mid-207th century to describe the present state of humanity. 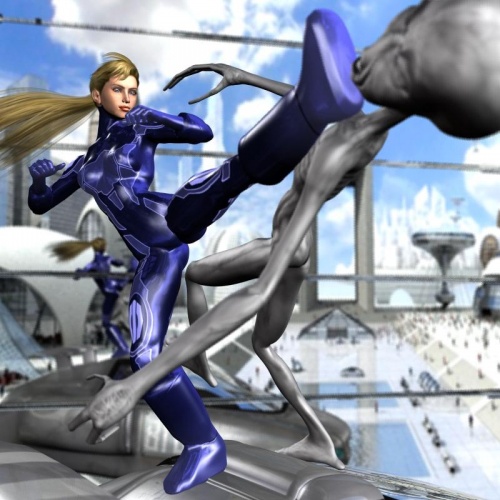 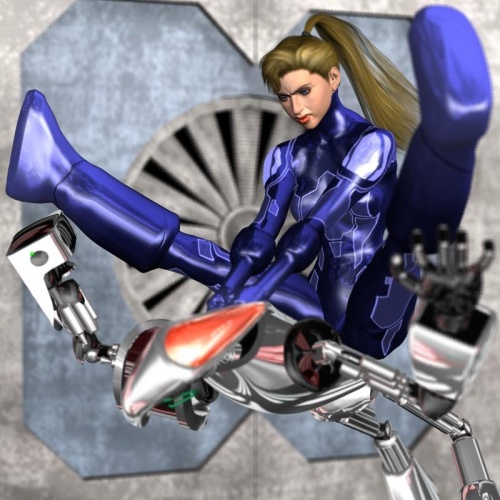 Aeryn has recieved training a number of martial arts forms, but her personal favorite style is Muay Thai (better known to some as Thai kickboxing). She regularly uses the form's incredible speed to make up for her relative lack of body mass against larger and stronger foes (in the 20th century the latter is rarely a problem against normal foes, though the criminals from the 231st century that she is hunting and many supervillains of the era possess strength in excess of her own. Her combat training also included the rudimentary elements of stealth. Though by no means able to become invisible as a master of Ninjistu could, Aeryn is highly skilled at avoiding detection.

Aeryn's temporal containment suit, in addition to acting as her tether in the past is also equipped with an anti-gravity flight system and atmospheric shields which allow her to move and survive in even the most hostile environments. It is also equipped with a holographic projection system that allows her disguise her appearance and blend in with her surroundings, both in terms of clothing and by means of a chameleon type effect. Finally, the suit is equipped with a dual-phase plasmatic taser that provides her with the ability to take down single or multiple foes that are beyond her normal reach. 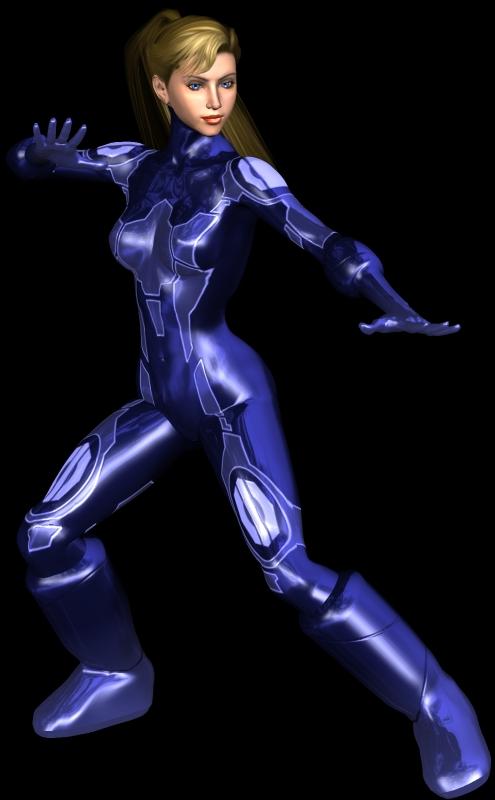