Gabriel appears to be a gun for hire. A mercenary who mysteriously shows up within the city limits, Allen's loyalties are unknown. His psychotic nature seems to control the majority of his decisions and actions. If the scenario involves pain, Allen is probably not far behind. A truly evil being, Allen revels in the disorder he brings to every life he touches.

Allen is always wearing a black and white pin-striped suit, a black fedora, and a white painted face.

Wrist blades- A favorite among assassin's, these blades are cleverly concealed in the sleeves until the time is right. This is Allen's primary melee weapon so he is highly skilled in their use.

Throwing knives- 6 inch throwing knives he always carries in his jacket. Some are enchanted with spell effects that activate on contact some are just normal knives.

H&K USP- A semi-automatic pistol with .45 acp rounds used by military forces throughout the world. Since the round is subsonic Allen sometimes uses a silencer to great affect.

Explosives- Various explosives from C-4 to homemade napalm. Allen is fond of rigging explosives to vehicles and to your apartment door etc.

Syringe- Allen may carry various Syringes containing anything from a deadly poison to a powerful sedative.

Regeneration- Allen can heal. Not regenerate lost limbs in a few minutes but bullets and the like will be very innafective unless you shoot him in the head.

Super soldier serum- Allen was injected with large doses of the council serum, so he benefits from enhanced strength and speed.

Sands of Mu- Allen can use this sand to summon dark energy to his fists, this combined with his training and strength is deadly.

Ace of Spades- This average looking playing card can be used to summon negative energies to nullify enemy defenses such as sheilds.

Stealth- This spell makes everyone who see's him fail to notice him even if theyre looking straight at him their eyes will unconciously pass over him. This doesnt make him invisible to machines like cameras and similar devices or the more primative mirror.

His Hat- Yes thats right his hat isnt just stylish its also a magical portal to anywhere Allen has seen or been. This makes it useful for retreiving items or weapons hes hidden away.

Give him a hand ladies and gentlemen- Allen can summon a swarm of razor sharp playing cards that emerge from his sleeves surround the opponent and on command simultaneously slice him to peices.

Magical rituals- With the aid of ritual magic Allen can bind angels and demons and set up large sheilds. Of course this takes some time to set up.

Umbrakinesis- Allen can cantrol any shadow cast by his own body, so dont be surprised when his shadow comes off the wall and chokes you.

((he has a myriad of weaknesses but due to the fact that most people will probably "somehow" learn them IC if I post them OOC, I will only post those known to the general public)) Allen is essentially human although augmented to be above the average, so he is liable to die from a bullet to the head loss of blood etc. Allen has another weakness he is a known womanizer, and he will often trust them a bit too much. If someone wanted to get to Allen any female will do. 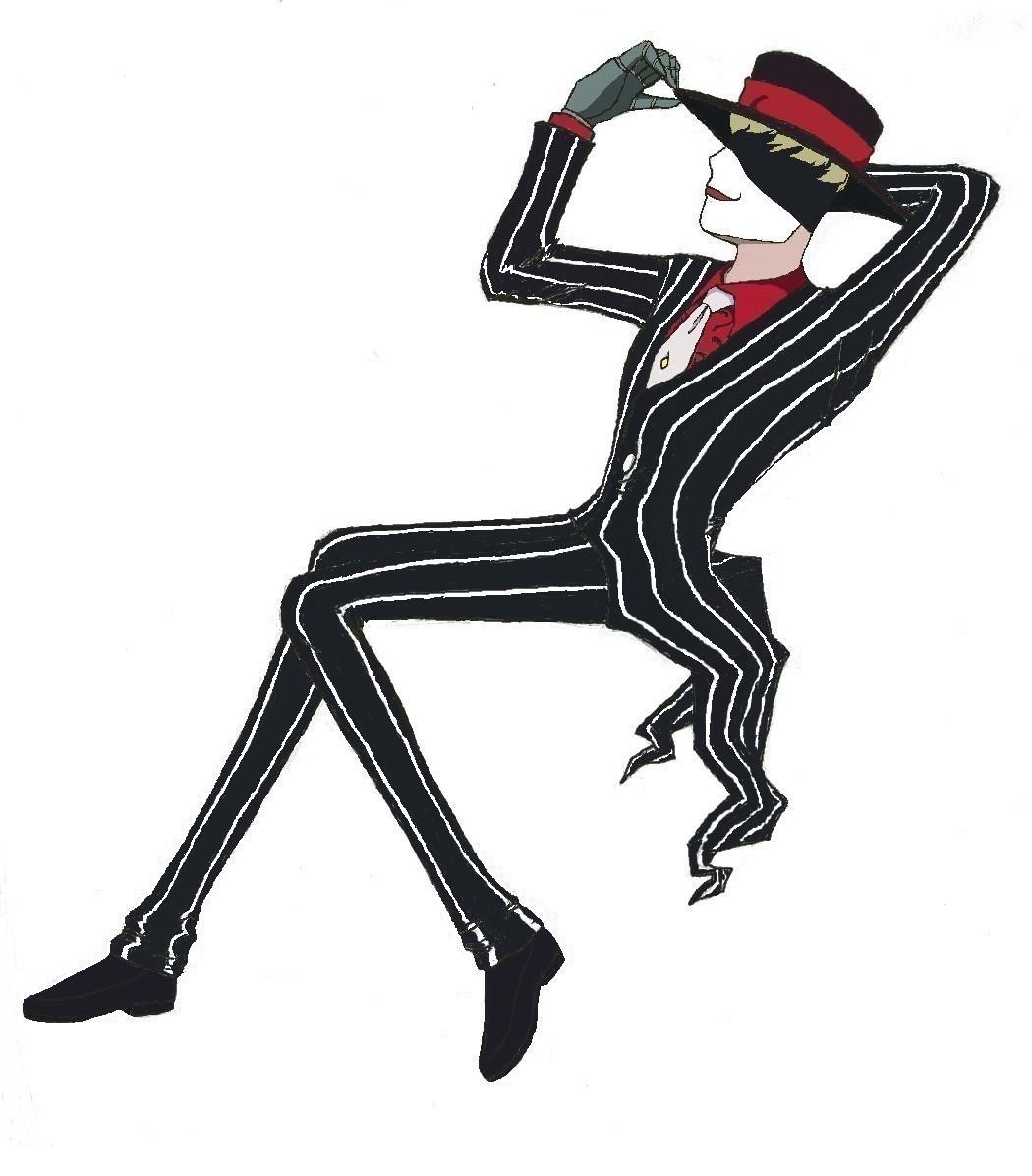 Once employed by Labal, but was recently let go.

Once employed by the hellsing's he quit after the job became "boring".

Employed until the leader was killed.

Left the syndicate after a few succesful missions.

Currently employed by this mafia/club as their head assassin.

For unknown reasons the Center has a bounty on his head.

Allen's Answering Machine "Hello you've reached Allen Gabriel Assassin Extraordinare! Im afraid i can't come to the phone right now as I am most likely busy torturing someone. But if youd like to leave a name, time, and a meeting place im sure I can help you out!*BEEP* ((Please leave the before mentioned information here i will periodically clear my messages))

((please insert name here I will fill it in))

Wilted Petals, aka Pinky:Allen was at first taken aback by the tiny one called "pink" but grew to love her crazy funny ways BFF's Forever!

Labal Was the first demon from the Abyss Allen met upon arrival to the Isles. Allen had heard many rumors about the "Powerful Hell king" and since joining the Abyss he finds a frighteningly number of them true.

Remember The moment she walked into the room Allen felt something "special" about her.

Sickly Allen met Sickly at a party he was bartending. Sickly was the only one at the party to approach him, and since then they have been good friends.

Frozen-Nexus A member of the Abyss.

Staysis Allen met her in the D and theyve been friends since, maybe more?

Redshifted His long lost daughter recently discovered. They share a special relationship as he waits for her to become equal partners in the family business.

-Allen likes to think of himself as an actor on the stage of life, so if you listen closely youll notice he often quotes plays, movies, books etc.

((Please Insert name here I will fill it in))

Night Widow Scourge The only one to ever stop Allen's killing spree, he now has an "unhealthy" attraction to her.

Miss Dorothy A rogue android created by a scientist Allen murdered. She seeks revenge for her creators death.

"If you wish to end your life, please dont keep it to yourself." 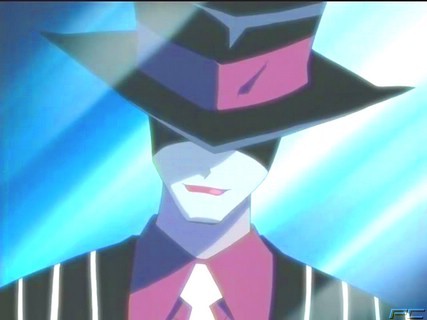 When not- Solitude From the big O OST

The Joker- Whom the original Alan Gabriel is based off of

Kuroudo Akabane AKA Dr. Jackal- One of my favorite anime characters his mannerisms and mercenary themes are a big influence

Kroenen- The wristblade nazi is where his fighting style comes from.

The Dandyman- The card carrying man from Hellsing for his card based attacks.