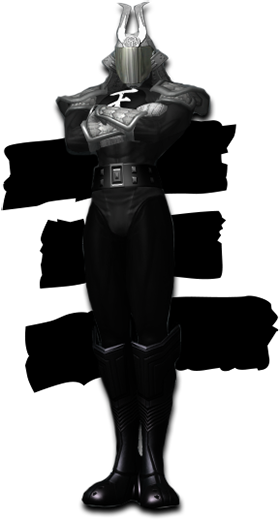 Kaito Kushida never knew his parents. At the tender age of one, Kaito was left on the stoop of an adoption agency in the wee hours of the morning. It was seven years before he was adopted by a caring and kind husband and wife.

He ran away the first chance he got.

Taking to the streets in an attempt to find his parents and discover why exactly he was abandoned, Kaito quickly realized how little thought he put into this plan and how difficult it is to survive on your own. Luckily, he managed to fall in with a group of runaway kids with circumstances similar to his own.

For two years Kaito ran with this gang of wayward teenagers, causing chaos and doing whatever it took to survive on the streets until they were approached by a man. A man who proposed a different way.

Oroku Kai, master martial artist and veteran Tsoo enforcer saw strength and potential in the youth. He offered the group not just shelter and food, but the means to gain power and strength. Kaito was still determined to find his parents however, but was eventually swayed by the rest of his group’s enthusiastic acceptance of Oroku’s offer.

They were immediately put to work - Pickpocketing, selling drugs, shaking down unsuspecting tourists and other small errands. After a few years of this, Kaito and his group were awarded for their hard work and loyalty. Now fifteen, Kaito and the rest of his group were to be formally initiated into the Tsoo.

Seduced by the opportunity to eventually gain the mystical tattoos that gave the Tsoo their supernatural abilities, the group followed through and began training to be full-fledged warriors.

The training was rigorous and severe. Discipline was hammered into the unruly gang of runaway teens and eventually, they flourished under the instruction of Oroku. He was certain he’d made the right decision recruiting them. All were not as welcoming as he, however.

Bullied by the higher-ranking initiates for being an orphan and lacking “warrior’s blood”, Kaito‘s commitment to tracking down his parents was reinvigorated.

And find them he did. After nearly ten long years of searching, Kaito managed to follow the breadcrumbs to the source. He left the Tsoo to meet with the mother and father he’d been separated from his whole life but he was disheartened to learn what he always feared had been true. There were no extraordinary circumstances that led to his abandonment. His parents weren’t forced to give him up. The young couple simply weren’t ready to carry the burden that came with raising a child all those years ago. Worse even, they’d had two daughters, years after giving Kaito up.

Incensed, Kaito returned to the Tsoo. He pledged himself to the cause, and with nothing clouding his judgement anymore, resumed his training. Hardened by his fate, Kaito grew to become a fierce and powerful warrior. The bullies who’d tormented him now feared him, while his instructors applauded his strength and willpower.

After years of training Kaito had achieved the rank of Death’s Head, a class of warrior who are able to tap into the powers of life and death, drawing out an enemy’s life force or concentrating the negative energies of the spirit to grant themselves power.

Though his body was still strong, a decade of bloodshed and fighting had taken its toll on Kaito’s spirit. He’d become plagued by indecision and doubt. The Tsoo were no longer the honorable warriors he’d grown to know them as. Or maybe they never had been? With self-reflection came clarity. His clan had become little more than hired thugs, working for corrupt businessmen and serving the interests of others ahead of themselves. Greed had snaked its way into the souls of their clan as the attainment of wealth had become their focus. Regular battles with costumed superheroes caused Kaito to see the truth.

The Tsoo had lost their path.

Worse even, his brothers were content. They harbored no such doubts or concerns about their dealings. Oroku Kai, The man who’d brought him into the Tsoo all those years ago had long since left the clan after voicing the same concerns he was now feeling. Kaito and his brothers called him weak then. Only now could he see Oroku had been right.

When Kaito angrily confronted the rest of his clan over their actions, his brothers killed him for his “betrayal”, stabbing him through the gut with his own katana before tossing him into the bay of Independence Port.

As death washed over Kaito, he awoke in an endless hall, populated by long dead fellow Tsoo warriors, some he knew and some he’d only heard whispers of. Disgraced betrayers of the clan. They imparted their wisdom upon him and revealed they’d all been killed for the same reason Kaito had been. And that he was the first to possess the strength to avenge them. To beat Death.

Awakening on the shores of Talos Island, Kaito had returned to life, with the souls of a thousand ancestors at his back, poised to bring vengeance upon those who'd betrayed them and regain some small semblance of honor. 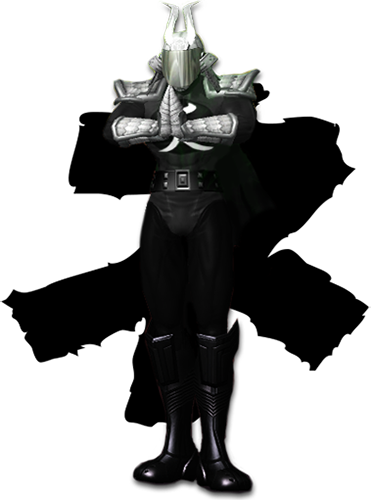 After being reborn as an avatar of vengeance, Kaito was bestowed a host of mystical, superhuman abilities to help combat the forces of evil.

Soul Manipulation: Kaito has the ability to manipulate souls, the incorporeal essence of all living things. He can read a persons soul and judge their innocence and guilt, their sins and identity. Through a touch he is able to cause his enemies to feel every bit of pain they have ever inflicted on anyone in their lifetime.

Precognition: Through intense meditation, Kaito is able to experience precognitive visions and see glimpses of his future.

Superhuman Strength: Summoning the powers of long-dead Tsoo warriors, Kaito is able to increase his physical strength to the point where he is able to lift one ton.

Master Martial Artist: Even before he died, Kaito was proficient in many different styles of martial arts. Over a decade of training has helped Kaito master such styles as Judo, Aikido, Wing Chun, Ninjutsu, and more. After he was brought back from the dead, he has gained access to the knowledge and experience of over a thousand powerful Tsoo warriors, which has heightened his fighting abilities even further.

Weapons Master: Kaito has been trained in the use of nearly every martial arts weapon, such as bo staffs, escrima sticks, swords and katanas, nunchaku, and rope darts.