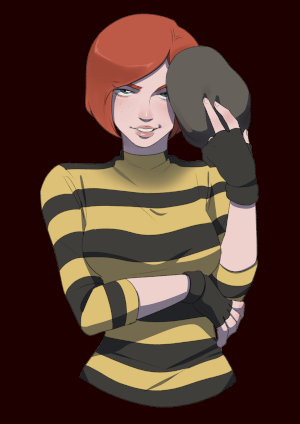 ((Massive work in progress, for now it is just the in-game bio without character limits))

The O'Connel Family has been in Salamanca for as long as anyone in Paragon City can remember, some saying the clan has been there before the city was even named. And the entire time living there, the O'Connel family has produced witches and wizards of remarkable talents, with the most recent being a young woman named Reagan.

Nora and Kelly O'Connel, her mother and father, an elementalist and illusionist repectively, both expected young Reagan to inherit one of their gifts, or at least a close approximation of them. But to their shock and disapproval, the young woman's talents lent towards a darker side of magic; the practice of hemomancy. More commonly known as blood magic.

Neither are very fond of the idea of their only daughter practicing spells that channel the very essence of life but they're unable to deny the raw power or knack she possesses for the art. And while it is frowned upon, comes with a stigma attached, and is ultimately unseemly, neither can deny its usefulness.