In general Dedrick appears very young, in his mid-late teens, and more often then not somewhat nervous. He is thin but muscular in build, although not hugely acrobatic. 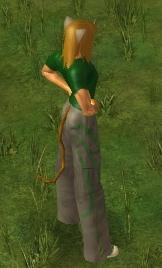 Dedrick's appearance isn't easily covered up from close inspection. Much of his body is covered in fine hairs that, although hard to notice from a distance, are certainly noticeable up close. He often wears a hat or beanie to cover his large ears, although it is not the most comfortable way to travel. His tail is usually tucked into his pants, although more and more he is beginning to be less strict about people knowing of his cat-like appendages. 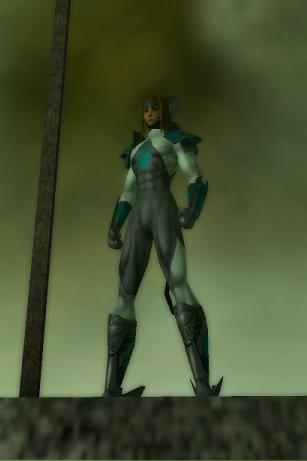 Dedrick's costume was paid for by his supportive parents(who, as he later found out, were heroes themselves). He very much likes it, but isn't always quick to admit it, as some do find his choice to use tights being less then cool. 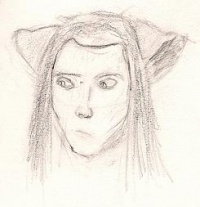 Quiet and reserved, Dedrick tends to shy away from many social activities. He is very self-conscious and is easily embarrassed, never sure of himself and always quick to assume he did something wrong. He never wants to be in the way, and is somewhat ashamed of his mutation on some levels. When his powers first starting developing for example, he was more open about them until some started making fun of them, ever since he has been fairly tight lipped about just about anything in his life.

Dedrick's early life suggested little if any strange behavior. His parents (as he didn't find out until he was 17) were Superheroes, part-time at best but heroes nonetheless.

A few weeks after turning 13 was the first marking of his mutant abilities. His ears slowly began to develop much larger then before, the tail as well began to protrude, and overall the original mutation took months before the limbs were fully developed. After being teased over them, he kept the changes as much of a secret as he could, tucking his tail in his pants, and wearing hats. Only telling a handful of people who found out by accident. Thin, stiff hairs began growing as his original coat. The fur was slow growing, never growing longer then a quarter of an inch at any point, although he shaved to keep most of the hair off his body. After a time he began to notice sensations he could feel from the hairs, and eventually more specifically changes in the weather through them. Through experimentation he slowly learned to directly manipulate the air around him. He still shaves much of his body, only leaving about a 1/8 inch layer on most of his exposed areas.

After eventually telling his parents about his powers, they became extremely supportive, providing money for a costume, and were overall more accepting then he had expected. Of course years later he would find they were heroes themselves, their identity of which they still would not tell him. Eventually he was influenced to join the Youth League and take on heroing as a job beside school.