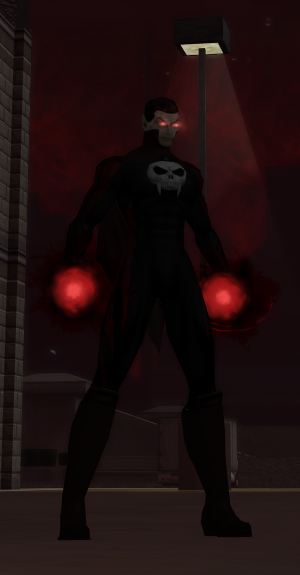 Cesar Verdugo enjoyed a life of decadence provided by his successful career as a gourmet food critic in his home country of Spain. His monthly publication, titled "Placeres Culpables”, documented his adventures as he traveled around the world in search of the rarest, most exotic cuisines. Cesar’s essays frequently found themselves at the center of controversy all across Europe, as his tastes were seen as borderline offensive -- he always enjoyed an unsettling infusion of sadism in his dining through dishes generally regarded as inhumane, and the shock value alone made his work an international sensation.

It wasn’t uncommon for Cesar to receive direct requests from renowned chefs who sought the publicity that came with one of his reviews. When he opened a mysterious letter from a private restaurant in Transylvania that invited him to a special night of macabre meals at the chef’s table, he accepted without hesitation. Upon arriving at the ancient castle which housed the restaurant, Cesar was created by the mysterious stranger who had sent him the letter. She was a tall woman draped elegantly in all black, and she revealed herself to be a passionate fan of Cesar’s work. Throughout their meal together, Cesar would recount his most disturbing stories to her, including grisly details that he carefully left out of the versions published in multiple languages throughout the continent. The stranger hung onto every word he spoke with intrigue.

After their final course, the stranger confessed to Cesar that she had invited him there to offer him something rarer than anything he had ever tasted before. Using a blade, she sliced open her wrist and let her blood flow into a wine glass that sat on the table before her. Upon filling it, she offered it to Cesar, explaining that her blood would give him eternal life, and unimaginable power. Cesar drank without hesitation, and as he did so, the world around him began to spin out of focus. When he awoke, he was transformed, and the mysterious stranger was nowhere to be found.

Cesar’s demented palate has only grown more refined since becoming an infernal vampire. He discovered fairly quickly that blood tainted by darkness and evil gives him power far beyond that of his peers, and he has spent the years since his undeath in the fervent pursuit of the most powerful blood to be found on Earth. Although he could no longer work as a food critic, he continued to publish his exploits in the same monthly journal format that is now distributed exclusively to the vampire community.

Cesar sees his experimentation with this blood magic as unlocking the true potential of vampirism; this, in combination with his love for fame and a disdain for hiding in the shadows, regularly puts him at odds with vampire leaders and traditionalists who fear upsetting the status quo. As the infamous Bloodsucker, which was a derogatory name given to him by vampires and mages who fear him that he wears as a badge of pride, Cesar aims to change the face of vampire society forever.