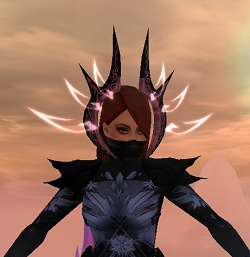 A BIT OF FINN

Let's see... my parents Mason and Marie married (Ha.. alliterations.) three months after meeting at the Hilton Head airport. Nothing like taking your time and getting to know someone, is there?

Dad was on his way home on leave... he was an engineer for the Army. Mom was a pastry chef with a little business in Savannah who was on her way home from a Paris trip with friends. They ran into each other -literally-. Like, Dad knocked over all of her luggage and she got flustered and they tell me that he stuttered and she blushed, and the rest is history.

There were three of us. Myself, Abigail, and Mason. Unfortunately, there was an incident where we lost Mason. My dad was on his way home from a deployment, we were in the process of moving into the house. Mom was upstairs with Abs, Mason and I were downstairs.

There was a guy who broke in the front door, waving a gun. It wasn't a good situation for anyone. He was scared. We were scared. My mutation triggered for the first time and I froze him, making his hand clench around the trigger. The gun went off and killed my brother.

It.. wasn't a good time. I had to go through a lot of therapy. I was in the hospital for a couple weeks. There were news articles. Much of my dad's family just does not like me. Family reunions are horrible.

And then Dad got a job offer in Paragon. He decided not to re-up when it came time. They bought a house not far outside the city so there was a little distance, and mom set up a bakery Marie's Sweets in Atlas near City Hall. She makes SUCH GOOD PASTRIES.

I hooked up with the Teen Templars and met a lot of great people. I made most of my friends in the Templars. It was a new thing for me, after a lot of moving around and the whole mess of disgust I got with my family.. not to mention the struggle I had trying to accept myself after losing Mason.

My therapist encouraged it. And honestly, it was probably one of the best things I ever did. I got a good footing as a hero, and learned a lot about myself. I met one of the most important people in my life. Kyle and I dated for a couple of years, and I started college, taking lit classes. Things were going really well.

And then took a break to write books that wouldn't stop telling themselves to me. I left college before finishing. ... and to be completely honest, I was floored when the first book took off like it did. I cried when it got published, but when it sold like it did? I was astounded.

I have four books published.. I am not a huge fan of book tours and what they do to a person's psyhe. I wasn't sleeping well, I got very nervous. I liked meeting people who enjoyed the characters, but being on that travel schedule was... horrible. And what it did to my relationships? It wasn't good... I missed just writing and being present. I missed the hero thing. So...

I came back. Moved back in with the BFF. Got back into the hero thing.

And Now
Things during the book tours had fallen apart with Kyle. We hadn't been communicating very well. It took its toll on us. And we were both miserable. I hated seeing him miserable. We tried talking to each other.

After roughly 9 months being back on the hero scene full time, I decided to hook up with a new hero group. I wanted that connection. So I applied to, and was accepted to, the Protectorate. It has been an exceedingly amazing experience. I've joined the PR team. It's.. fulfilling. Which is really good after all of the publicity tours.

Kyle and I started talking again. It took a lot of talking, and a couple of big things, but.. we got back where we both want to be, and that's all .. honestly, that's exactly where I want it to be right now.

As far as writing, my agent is after me to write again. I have two books in progress.. not sure which will be finished first.

Finn is able to manipulate moisture around her, drawing them from the air and solidifying them into ice. Using this, she can shape the ice into prisons, ice slicks, even make intricate ice sculptures. She is also able to, with more effort, reverse the effects.
She has, at times, attempted to play with other matter besides water with small success, but didn't go too far into that. She wants to research more, first.
Finn also is able to fly.
Being a mutant is really her only gift, she has no other protections or anything, and as such, her weaknesses are the same as any baseline human. Bones can break, skin can tear, her mind can be penetrated - unless she is with a team offering more assistance.

Kyle - The literal opposite to Finn, Kyle is her favorite person. They've been together for years and hope to be together for even longer. Where she is ice and giggles, he is warmth and seriousness, complimenting each other in ways she adores. And he has a beautiful smile and very nice arms.
Gidge - From the first time they met, Gidge and Finn hit it off. Bonding over french fries and bad TV shows, they are nearly inseparable. Gidge is her go-to for technology and provides her with Radi-Tabs and laughs.
The First Friends - The original super group that Finn joined will always hold a special place to her. Max, Dex, David, Kyle, Emma, Chad, Claire, Zane, ... though she doesn't know where all of them are, anymore, they're still very dear to her.
The Protectorate - The group Finn has recently joined. Shy at first, she feels like she's finding her footing all the more and coming into her own here.

Finn has a huge weakness for skittles, and her mother's baking. Her sweet tooth is strong.
Pink is her favorite color, and there is a 95% chance she is wearing it somewhere on her person.
Publishing under the name Stephanie A. Long, she has so far released 5 YA Fantasty books. The first three are a trilogy called The Imaginarium Cycle, and consist of Adelle, Cherlys, and Darian. There is a standalone sequel called Jepherson. Following that, she released a separate fantasy book titled The Dreamcycle. Rumors that there is an upcoming sequel to that book are bouncing around.
She can be found on twitter and instagram as @Stephanie A. Long and is verified. There, she posts both about her books and more recently her hero work and outreach work, with common hashtags including #imagineaworld, #theprotectorate, #dreamyourlife, and #helpinghand.