Captain Paragon Registered with the Freedom Phalanx, shortly after they were founded in 1932. (Joined in 1936) He claimed to have lived within Paragon for a number of years, secretly using his awesome powers to fight criminals and dangers as a vigilante. This all makes perfect sense as many alleged reports and news stories covered a great deal of masked crusaders prior to the Hero Corps formal development.

Captain Paragon moved to the metropolitan city of Paragon as a teenager, the years of which he failed to disclose to any authority. He knew even as a child that he was different, as he developed his extraordinary abilities around the age of five. As a youth, Captain Paragon was frightened of his gifts, and tried to blend with normal human society, but after a great many strenuous and emotional ordeals, he decided he could no longer run from his destiny.

Captain Paragon was a very visible and approachable heroic figure, after he registered with the Freedom Phalanx. He quickly made acquaintances and bonds with many heroes who had registered as well. It was not long before the threats of the city, Underground mob bosses, Gang leaders, and superpowered threats unified and made shaky alliances to thwart the newly accepted heroes of the city. Individual heroes were sought out and attacked, in a bid to frighten other heroes into retiring their mantles. Ever the stalwart of heart, Captain Paragon proposed a union of Heroic superbiengs and talented normal citizens to counter these attacks and acts of terrorism. Groups such as this had recently been legalized with the "Citizen Crime Fighting Act" of 1937. Captain paragon worked with the Freedom Phalanx Reserve for a short while, Having Helped to found the department, and get the group rolling. He would eventually leave to help found the Kingdom of Horizons once the city began operation "Brighter Horizons" in 1976.

The Kingdom of Horizons didn't officially get up and running for many years, it was originally just an offshoot from the Reserve dedicated more to Worldwide pursuits to tracking and stopping superpowered biengs from criminal pursuits. It lasted as a "Idea" that unified many Heroes in their endeavors, who would eventually make the Idea into a real department originally funded by the U.N. This Collaboration of Worldwide Heroes would not be fully realized as an Organization untill 1984.

During his incursions abroad, Captain Paragon made many enemies of superpowered beings, but it was Nethyr that proved to be the most fatal.

Nethyr tried to tie a dimensional portal that could lead to all realms from one ultimate gateway. His plan would have been sheer genius if he hadn't overshot his own dream. The result was a catastrophe that rocked the area for miles, and killed hundreds.

The supervillain Nethyr returned several years after his Catastrophe, with an army of Robotic drones designed to look like him, effectively cloning his own mechanical appearance. He had duped the Heroes into coming out to confront him, only to to gather them in one place, his true goal was to steal their combined abilities to fuel his own GOD device, that would empower him, with unmatched abilities.

Seeing no alternative to actually defeating Nethyr in open combat, or reasoning with the formal scientist, Captain Paragon carried the Doomsday device and the Villain into the Ionosphere, where the machine went critical, and bombarded the atmosphere with a Psycho-magnetic hurricane. The resulting explosion and storm caused a 3 hour blackout across thirty percent of the globe! The Blast was so powerful that recorded readings and effects were discovered in locales as far away as Egypt and the Yukatan!

Captain Paragon was never found. Specialists and researchers all concluded that from the aftermath of the disaster and the readings of the Hurricane itself that virtually nothing could have survived the catastrophe.

A memorial service was held in the fallen heroes honor on July 18th, 1994.

A plaque was emplaced at his monument, which read;

"Through perseverance and loyalty are the mighty forged..."

Now Captain Paragon is an Honored hero, with a monument to his Memory in Talos Island, Near where he was last seen alive.

Captain Paragon Lives on today as the reincarnation Horizon who has yet to fully understand his fractured memories, or the impact of his previous life's achievements. 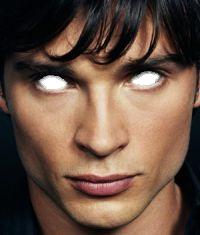 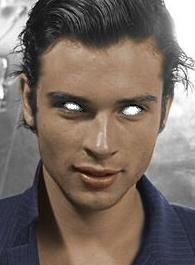 Like this Page!? Enjoy this Story!? Get to know the man Behind the keyboard at @Jade Defender here at Virtueverse!

Captain Paragon's player is also known as Dark Wing, and Jade Defender within the Kingdom of Horizons, and is a service member in the Active Duty US ARMY, from Ft Carson, CO.
Retrieved from "http://www.virtueverse.net/wiki/Captain_Paragon"
Categories: Tanker | Hero | Roleplay