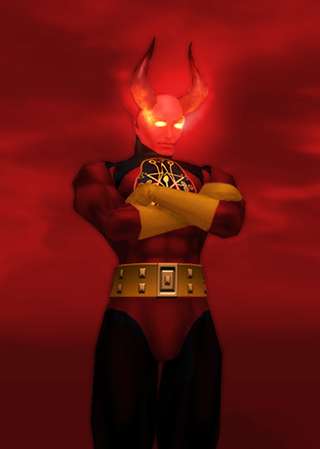 In the early 1500s, a wealthy aristocrat named Nathaniel Crane was traveling through the English countryside back to his home in York. While passing through the small village of Ipswich, he met a young woman whose beauty so enchanted him he paused his journey to be with her. He promised to take her away from her modest home in the village back to his estate in York. But when she met with him on the morn of the resumption of his journey he revealed to her that not only did he have no real intention of bringing her home with him but that he was to be married a month later. Devastated and heartbroken, she threw herself from the clock tower in the center of town that night.

After hearing what had happened, the woman’s grandmother (who happened to practice witchcraft and sorcery) traveled all the way to York to confront Nathaniel. He freely admitted to lying to her granddaughter and smugly insisted he was blameless in her death. Enraged by his arrogance, the elderly woman cursed Nathaniel, promising his first born would be born a demon. She was eventually imprisoned for threatening a nobleman, but when Nathaniel's wife gave birth to an ordinary and healthy baby, they assumed she was a crazy old lady and simply lying. Just to be safe, she was sentenced to death for witchcraft and burnt at the stake anyway. Whether she used the liver of a pig instead of its heart or bathed in the blood of a lamb instead of a goat, for whatever reason the curse failed and Nathaniel and his family got to live a happy life.

Five hundred or some odd years later, Carson Crane was born. With pointed ears, a prehensile tail, and skin as red as a tomato, it was clear that the curse had in fact, not failed. It'd just taken a little longer to take effect. Carson's parents could have easily abandoned their newborn but luckily for him, shallowness and pomposity wasn't genetic. No, Carson was loved, not in spite of his appearance but because of it. And strangely enough, he led a rather normal childhood. He was never made fun of by other children. If anything, his appearance had only made him more popular. As a teen, Carson was overjoyed when his horns grew in. He formed a heavy metal band, A Crow's Call, in high school. Carson's seemingly demonic looks boosted the upstart band's popularity tenfold. Being able to breathe fire onstage was metal as F#!&.

No, it was only when he became a young man did Carson see how hateful the world could be. He ran afoul of the Human's First Initiative after being caught with the daughter of one of their members. A pro-human organization who campaigned against superhumans, aliens, and non-human looking metahumans, the hate group continually targeted and harassed not only Carson but his friends and family as well. They picketed outside his house. They called him a "devil worshiper" as they followed him down the street. The straw that broke the camel's back came when they showed up with torches at one of his band's gigs, refusing to leave even after they were told by the building security. There was a shouting match between the protesters and fans, then came the shoving and one thing led to another, there was a full blown riot. Bricks and rocks were thrown and when an HFI member tossed a couple torches into the bushes outside, the club went up in flames.

Carson, being immune to fire, rushed into the burning building and saved the dozen or so people who couldn't make it out on their own. The entire incident was captured on film, from HFI's incitement and to Carson's fearless rescue. He was hailed as a hero.

Carson never planned on using his abilities for anything more than party tricks. But superheroism was beginning to look very attractive.

Pressured by his bandmates, Carson decided to test the limits of his abilities. Abilities he never really though he had before. Sure, he knew he fire couldn't harm him. He learned that as a kid after excitedly grabbing candles off his fifth birthday cake. He'd never gotten in a fight before (who wants to fight a kid who looks like he could be the spawn of Satan) but after intervening in a few muggings he found he could take a punch better than the average person. His skin was tougher too.

After a few weeks of this trial-and-error-like training Carson found his bandmates insistence that he put his natural abilities to use had become more and more persistent. He realized they cared less and less for his safety and more about his burgeoning superheroic career and what it could do for the band's popularity. So, after realizing his friends might not actually be his friends, he quit the band. Music had become tainted so he decided to move on. But he didn't stop helping people. Throughout it all, he found he actually did enjoy helping the helpless.

Hellfire Manipulation: Carson possesses the ability to generate, control, and project mystical fire, or "hellfire" at will. Hellfire is an ethereal and supernatural flame that can not only burn physical objects but can also burn the soul of a person as well. Carson can utilize this fire in various ways, including projecting it from his eyes, hands, or even his mouth. He can create hellfire balls, spew out a massive wave and unleash omnidirectional explosions that are incredibly powerful. He is also able to rain down a firestorm of hellfire directly towards surrounding enemies.

Shadow Magic: Tutored in its use and control by a repentant ex-Circle of Thorns Death Mage, Carson possesses the ability to use shadow magic, or "black magic" as it's more commonly known. From siphoning a person's life force to increase his own strength to summoning and conversing with the death. Carson refrains from the overuse of this form of magic as its use "leaves him feeling empty inside" afterwards.

Enhanced Strength & Durability: Carson possesses a degree of enhanced strength. While you won't catch him lifting cars, he can dent steel without breaking his hand. His skin is tougher as well; it takes more force to penetrate his skin than it would an ordinary person's.

As you might guess, Carson's appearance leads others to make assumptions about him. A life spent looking considerably different than those around him has led him to be more understanding and considerate to the misunderstood. Though he's friendly, he is also not a pacifist and is perfectly willing to fight to protect his friends. Carson is also an atheist, ironically enough.