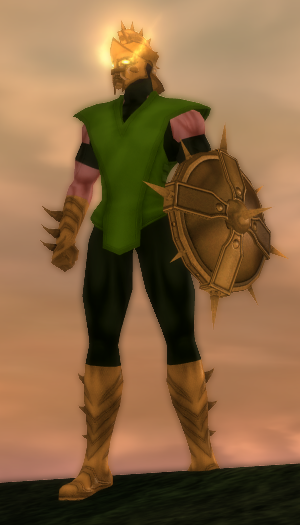 As a young runaway with uncontrollable pyrokinetic mutant powers, stability was not something Adam Love found himself intimately familiar with. His nomadic lifestyle took him from his English hometown to cultural hubs all around the world through smuggling channels, and growing up constantly on the move taught Adam all the skills he needed to keep adapting to his changing surroundings without ending up in a coffin or a jail cell. In his late teens, he wound up on the doorstep of the Dragon's Den, a dojo in Japan that offered to train him, teach him discipline, and give him a proper home. For the first time in his life, he had the stability he always lacked.

Adam showed a natural talent for martial arts right off the bat. He was a quick learner, and with the help of other fighters, he developed a unique fighting style - the Draconic Style, named for the offense-focused fusion of martial arts and his pyrokinetic capabilities - which put his physical prowess on a level unmatched by his unenhanced peers by the time he reached adulthood. Once Adam started to realize this, he sought something greater for himself, so he left the dojo to venture to Paragon City to make a name for himself among the heroes as the daring Drake.

Paragon City turned out to be a roller coaster of an experience. When he arrived, he joined a new team called the Headliners, which quickly derailed, disbanded, and left him with a tainted public image that made it impossible for him to find reliable work as a hero like he envisioned for himself. Dejected by the city he once sought to sit on top of, he returned to the Dragon’s Den to contemplate on what his next move would be. As it turned out, his presence had been sorely missed; during his time away playing superhero, the town had been overrun by thugs, and the dojo was being regularly terrorized by them for money they simply didn’t have. Adam took it upon himself to fight them off and take control of the Dragon’s Den for himself.

The Dragon’s Den welcomed Adam as their new leader. Using their students as his own personal vigilante militia, he made a concentrated effort to conquer the local gangs and clean up the streets around the dojo, making Adam revered by members of the community. For a long time, he was looked up to with respect; unfortunately, Adam’s rule eventually devolved into imperialistic tyranny as his love for attention and power got the better of him. As the Dragon's Den expanded into every major city in Japan, the Drake started making some major enemies, and in order to keep up with them he had to enforce his will upon the unwilling with a heavy hand, crossing lines people never come back from in the process. Nowadays, the Drake's presence in Japan is undeniably controversial, though many see him, and his Dragon's Den forces, as a necessary evil in the greater fight against crime.