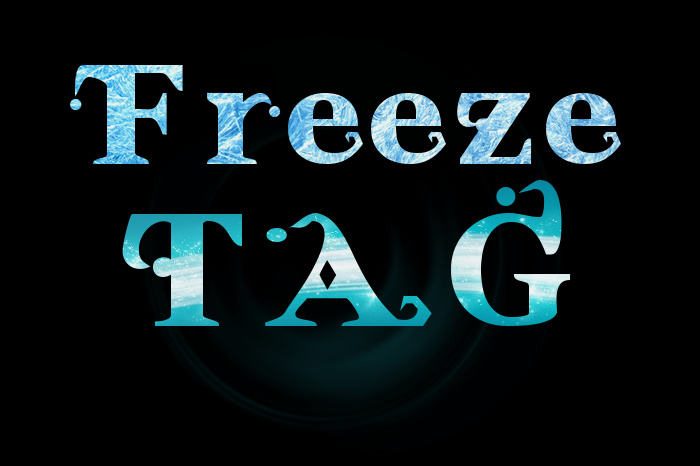 She calls herself Friday Next. Is that even a real name?


Well, I mean, I don't know. Was Bugsy Malone a real name? Yes and no.

It is her legal name.

Who is she? What is she all about?

Well, she's a fast talking, smart, peppy girl who is probably more than she seems. She runs around in pretty decent clothes, though she tends to stick to an obvious theme. She flings ice, messes with kinetic energy.

What is it you want to know about her, really?

You are probably better off asking her... not that it will get you anywhere.

Just, you didn't hear this from me. Of course, this could all just be wild speculation.


((Just, hey, keep in mind, this is all OOC knowledge. Don't meta this, or if you think you need to know it, talk to me. You'd need a valid reason.))

A Story of Hope

This story starts, as many do, long before the parts you are interested in.
See, a person’s history is just that. History. It doesn’t happen all at once. It’s the culmination of generations of people and happenings that come together to shape their family dynamic and, in turn, their personality. For the one you’re asking about, that means looking back. Let’s start in 1929. Valentine’s Day.

Four men dressed like cops entered the bar under the pretense of questioning and arresting seven Irish mobsters. Only when they were tied up did the four men attack, laying fire - both gun and blaze. The bar was a wreck. The men did not survive.

Al Capone remained uncharged, having been at his home in Florida. Bugs Moran was also uncharged having been on the other side of town while his boys were murdered. The two blamed each other. It was well known at the time that both gangs had metas in their ranks. Moran just had seven less after that particular Valentine’s Day.

Capone, for his part, it was said he lost three of his heavy metas that day. There were witnesses, of course. They had seen the faces of the ‘officers’ that had gone into the buildings. Not that anyone would rat on Capone’s boys. Joey, ‘Flint’ and ‘Char Face’ Maddox had been linked to the Purple Gang for going on ten years.

And despite the M.O. fitting the crime, no one would say they saw their faces at the scene. Well, lots of people were questioned, but the Maddox brothers never got implicated or, heck, even brought in. By the time their names were dropped into the official files, they were out of the state. Chicago was a spot in their past and there was no evidence linking them to the bar.

You can read about all of that jazz on the internet, I’m sure, but.. Let’s talk about those Maddox boys for a while because that’s what is going to get you where you want to go. See, when there’s a certain kind of heat on you for doing things, it doesn’t always behoove a man to stay where he is.

Sometimes, it does. Like, say a man asks a woman out on a date and she’s just staring at him all nerves and sweat and unsure if she should say no or take him up on things and go for that coffee. Now, standing in place waiting is the gentlemanly thing to do. But we’re not going to talk about how Mama Maddox got her name.

The Maddox boys were under the kind of heat that meant you got the heck out of dodge. Or, in this case, the windy city. Capone wasn’t all that happy with them for the execution. Er, the ‘’way’’ it was done. Sloppy. So, they had to put miles in between them and the man.

The boys packed up Mama Maddox, their wives, the seven kids they had between them and all the things they could fit in a trailer and headed on out to Cleveland. A place just waiting for the entrepreneurial spirit that the Maddox boys possessed.

They moved in. And they set up shop.

It took a good three generations for the Maddox boys to take root. But they did. Invidious as anything, they sunk their manipulative claws into the roots of ol’ Cleveland. There was all the normal racket. Shakedowns. Drugs. Hookers. Pubs. Guns. Violence. But with the Maddox flair.

See, the Maddox genes allowed for a certain.. Something in addition to the proclivity for violence. More often than not, and here I’m talking percentages in like the high eighties, the boys were born with a mutation. Sometimes they were born without, and some few times it was a girl born with the touch. Elemental in nature, it flared up around their tenth birthday. Took hold of them like the devil at the crossroads.

Fire, ice, earth, storm, the rare others. It was celebrated. Those without it were still found a useful place in the family. The women cooked, raised babies, looked pretty or looked the other way. You were a Maddox for life. They married into the police force, paid into places they couldn’t wed. So you could say there was a deep seated tradition going by the time our girl came around. And come around she did.

July 18, 1990. Seven thirty-three in the morning. Farrah Hope Maddox. Named for the long past Matron and a movie star, she was the fourth child of the current Maddox second. Fulton and Mariah Maddox, only seconds because he’d married where he wasn’t supposed to - though, it took everyone ten years and three children to admit he made a good choice in that bombastic piece of work.

Fulton had plans for all of his sons. He wasn’t entirely sure what to do with the daughter. But Hope would have a place in the Maddox clan just like everyone else. They’d just have to figure it out as she grew. Despite all Maddox men being dark haired bastards, and Mariah being just as dark in just as many ways, Hope was born with fair hair, a light strawberry blonde. A stupid man would have asked if Mariah had been floatin around on Fulton.

A stupid man would have died that day.

No, she was just different. And it sure enough flared up come around that tenth birthday. Well, a little earlier.

Was around 98, the annual family picnic. A messy, noisy affair done out on a parcel of land the Maddox clan has had since the 30s, a few miles outside of the city. No one sets foot there but them, with all the guns and dogs, you’d be stupid to. Been a few people who tried, the ones that come back, come back with lead in them and more .. well, I don’t know if you’d call it respect, but we’ll say a healthy appreciation for trespassing warnings.

The picnic this year went as they usually do. Lots of bragging, time for food, the normal purging, the business talk, the booze (for anyone old enough to sneak a drink without their parents caring), and then the showing off. This is where the smart ones learn -- and Hope, well, let’s just say she didn’t move fast enough.

By now, there were four brothers. Fuller, Troy, James, and now Flint - three years Hope’s junior. But there were also about seventeen cousins ranging in ages from twenty-three to five. And when you get this kind of crew together, egos pop out like jokes at vaudeville. Fuller’s mutation had sprung up when he was ten, right on time - he reveled in the earth, using it for strength and boxing. Troy was a fire kid. Wild and crazy. James and Flint had yet to show anything.

But the bragging was in full swing and, to show off his strength, Fuller up and grabbed Hope. She was small for eight and easy enough for someone like him to throw toward the family lake. Especially when a cousin forms a wind tunnel to throw someone through, and parents are too busy discussing business to notice. So, off she flew like a fastball special.

She arced through the air, screaming, panicked and praying someone would help. And that’s about when it started. Her genetics went heels over head crazy. In her freaking out, she tried pushing herself away from the incoming water, and began to slow down, even as panic encased her in a ball of ice. She hit the water and slowly sunk to the floor of the lake… then sat there for an hour. Girl didn’t tell anyone for a month.

They found out she was special when Troy walked by with his hand on fire and she reflexively froze herself over. Worst thing she could have done. Fuller and Mariah questioned her, tested her, and as her powers developed, they found the perfect job. Hope was a kin manipulator, manifesting with ice. She was going to be their Gal Friday.

The reason someone would look the other way. The one to pretty up and do all the jobs while they took care of things behind her. The distraction.