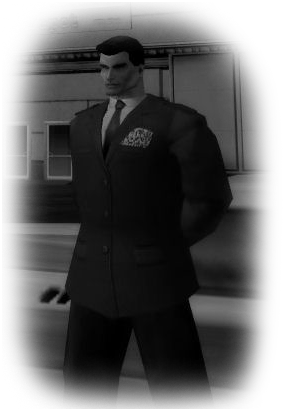 Jack Andrew Delaney was born in 1896, the son of Richard Delaney and Jane Moorhead. His ancestors were English, Scottish and Irish, and his grandfather, a civil engineer, arrived in America around 1805. A blue-collar man through and through, Jack's father worked as a police officer in one of the better neighborhoods in Chicago. Jack naturally gravitated towards physical activities such as sports as a youth, encouraged in these endeavors by his parents. He grew to be a somewhat popular and exceptionally bright teenager who exhibited a natural aptitude with whatever he touched; Everything he tried he seemed to succeed at.

Eager to become a police officer like his father, Jack's dream would be put on hold when disaster struck. In 1914, Gavrilo Princip, a Bosnian Serb citizen of Austria-Hungary and member of the Black Hand, assassinated the Archduke Franz Ferdinand, heir to the Austro-Hungarian throne, sparking the first World War. A patriot, Jack felt obligated to serve his country overseas and enlisted with the United States Army. After he single-handedly rescued two men in his unit, Jack was bestowed with a Medal of Honor, and became a highly decorated soldier by the end of the War in 1918.

Returning home, Jack enrolled at the University of Chicago, using his experience in the military as a springboard into a career as a police officer. Working as a beat cop for a few years, Jack was on duty one night when he received an anonymous tip off . Brought to an old cathedral on the outskirts, Jack was stunned as he witnessed three Circle of Thorns mages performing a ritual on a young girl. Bursting into action immediately, Jack rescued the shaken girl, though the mages escaped. This would be Jack's first run-in with super-powered criminal activity. 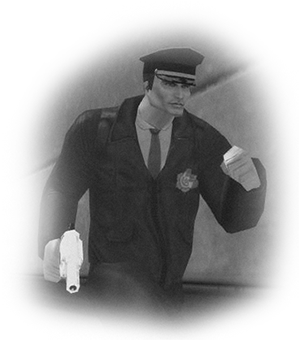 One of Chicago's most notable detectives at this point, Jack received what he thought was his first big break when his superior informed him he was being transferred to Paragon City. They'd been considering implementation of a new program, one aimed at meeting the challenges presented by dangerous threats and super-powered criminals. Jack readily accepted the promotion. The program (which had now become standard police procedure) found itself habitually under-funded, short-staffed, and over-worked. The once proud blue shield was forced to cordon off the Hazard Zones rather than rebuild them, and could barely contain even the most flagrant criminal activities in its goal to keep Paragon’s citizens safe. Jack was transferred to Kings Row, an industrial and residential area far past its prime, in 1922. The living conditions were barely above tenement quality.

Always the optimistic, Jack persevered and became determined to restore King's Row to it's former glory. In a few short months, Jack believed he had begun to make a difference in the city until he discovered numerous officers on the force were being bribed and were in cahoots with known criminals. Disheartened, Jack sank into a depression. But then he stumbled across a lead. A lead so big that if followed up on, could take down all the dirty cops in his department in one fell swoop.

In over his head, Jack was cornered in by the mob while investigating one of their shipping yards in Independence Port. A shootout ensued and though Jack managed to kill his attackers, he was mortally wounded in the process. September 15, 1925 was the day Jack Delaney died.

So imagine his surprise when he woke up nearly one hundred years later.

More specifically, his spirit was woken up nearly one hundred years later. Brought back to the land of the living by a shifty and inexperienced Circle of Thorns initiate named Carson Timberley, Jack's spirit had been summoned to aid in his quest to become a powerful mage. Only Carson had never really witnessed anything supernatural and the sudden appearance of a ghostly apparition caused his heart to give out. He died of fright right there on the spot before Jack had a chance to ask him what was going on. As he attempted to awaken the man, Jack accidentally discovered his ability to possess others. Now possessing a host of other spectral abilities, Jack uses the body of his dearly departed summoner to fight the forces of evil.

Because he really has nothing better to do. ◦ Intangibility: As a spirit with no physical body, Ghost Man is able to pass through any and all mundane objects, though sufficiently enchanted and powerful barriers are able to block him.
◦ Possession: Ghost Man has the ability to possess human beings. While doing this, he maintains full control over his selected target, and can speak and move through them without effort. Particularly willful hosts have been known to exorcise Ghost Man's presence from their form. Typically, whenever Ghost Man abandons a host, they maintain no knowledge or memory of their actions while possessed.
◦ Flight: Ghost Man possesses the ability to levitate, float and fly. When possessing a human form however, he is limited by whatever physical restrictions apply to the host body.

◦ No Physical Body: As he is a spirit, Ghost Man possesses no physical form, meaning he is unable to interact with solid matter when not possessing a host.
◦ Host Limitations: The health and nature of whichever host body he is possessing at the moment may place certain physical limitations on Ghost Man. If he possesses the body of an out of shape, middle-aged man, he will not be able to move as dexterously as he would were he in possession of a younger, more athletic person.

Jack Delaney is/was a blue collar man through and through. A soldier and police officer at heart, Jack instinctively placed the lives of others before his own. A figurative fish-out-of-water, Jack often has trouble adapting in today's society. Flat-panel televisions, computers, and cellphones are all alien to him. Jack tends to use terms and slang that have long since gone out of date. Though the more time he spends in the here and now, the more he becomes accustomed to the modern world.