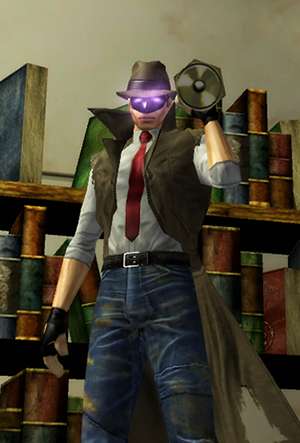 Franklin Faust was not a normal child. Born to a young couple unprepared for the challenges of raising a child with a condition such as his, it was determined early on that young Franklin was... different.

After he turned six, his parents frequently caught him speaking to people who weren’t there. Now it’s not unusual for a kid his age to have an imaginary friend, but Franklin seemed to have a new, different friend every day. New, different friends with complete names and histories far too detailed and specific for a child to have just imagined. There were many instances where, after a long day of playing, he’d come inside and tell his parents about events kids shouldn’t have any knowledge of. Imagine your six-year-old telling you their sixty-eight year old imaginary friend died in a natural disaster that took place twenty years before they were even born, or explicitly detailing how he’d been busy hunting down guerrilla soldiers in Vietnam all afternoon.

Needless to say, Franklin’s parents were more than a little freaked out. Even more so after, on a whim, they tried googling some of the names of the imaginary people Franklin had been “playing with". Imagine their surprise when they discovered they weren’t so imaginary after all. They were all real people.

His parents thought he’d grow out of it as he grew up but it only got worse the older he got. At ten he was actively communicating with the deceased relatives of their neighbors. News spread fast of Franklin’s “gift” and after a few local news interviews and demonstrations, Franklin was set up with his own public access show where he’d speak with deceased friends and family members of those in the studio audience.

Skeptics thought it a scam. That his audience was full of plants. But he proved them all wrong. Every single detractor put in front of him, he’d tell them something about themselves. Things that only the dead would know. No, Franklin was the real deal. A true medium.

Then one day, a visiting talent agent happened to catch a broadcast of Franklin’s show in the hotel he was staying at and almost immediately contacted Franklin and his family afterwards. One week later, Franklin and parents were on a plane headed to Los Angeles as the wunderkind was presented with a contract and an offer to film a tv pilot. Very, very loosely based on Franklin’s life, "Small Medium" followed a pre-teen ghost whisperer who used his abilities to solve murders. It ran for eleven seasons.

As a child actor, Franklin was on top of the world. The money was rolling in. Teenybopper girls had crushes on him. But, like life for most child stars, it eventually all fell apart.

As a teenager, Franklin grew more and more rebellious, spending most of his time partying in Hollywood. He’d frequently show up to the set of the show either drunk or hungover and became increasingly temperamental and hard to work with. At the same time, his medium abilities had seemed to strengthen with age. The spirits he’d had playful conversations with as a kid had now become extremely chatty and downright bothersome. Drugs and alcohol were the only ways to quiet them.

He distanced himself from his parents, claiming they’d been exploiting him for years and cut ties with them completely after a failed intervention. The dozen spirits heckling him while his family detailed how his behavior was negatively affecting them kind of ruined the moment.

"Small Medium" was cancelled after eleven seasons following Franklin’s fifth DUI. While his abilities had been proven time and time again by that point, the police just downright refused to believe Abraham Lincoln had pressured him into driving his Porsche sixty miles over the speed limit after a night of partying in West Hollywood.

Several failed stints in rehab followed his show’s cancellation. Having either angered or scammed the few friends he had, Franklin lacked any sort of support system. He was laughed out of auditions and unable to find any real work. Forced to return home to his parents with his tail between his legs, Franklin entered rehab for the fourth time. This time around, he managed to stay clean. He wrote a book about his life and when it actually got published, it seemed like a comeback was not only possible, but on the horizon. 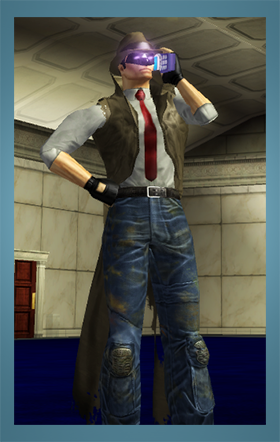 And then there came ‘The Great Gail Michaels Debacle’.

After accepting an interview with talk show host Gail Michaels, Franklin was put on the spot and grilled about his troubles and the controversy surrounding him. What he thought was an opportunity to promote his new book was actually an in-depth expose on the crippling effect fame has on children. After Gail brought up his role in the accidental death of a friend, Franklin snapped. Reacting to his anger, malevolent spirits started wreaking havoc in the studio, bringing down stage lights, tossing boom mics across the room and destroying the entire set.

Franklin was billed for the destruction of the studio while Gail was deeply traumatized by the ordeal and forcibly confined within a mental institution shortly afterwards. To this day, she’s still there. The public blamed Franklin and he became a social pariah once more.

That was nine years ago.

Now living off the residuals of his book sales (which are quickly drying up) Franklin operates Large Medium Investigations, a (very) small-scale paranormal private investigatory firm. He tried naming it Small Medium Investigations to capitalize on the show’s popularity but the network hit him with a trademark violation.