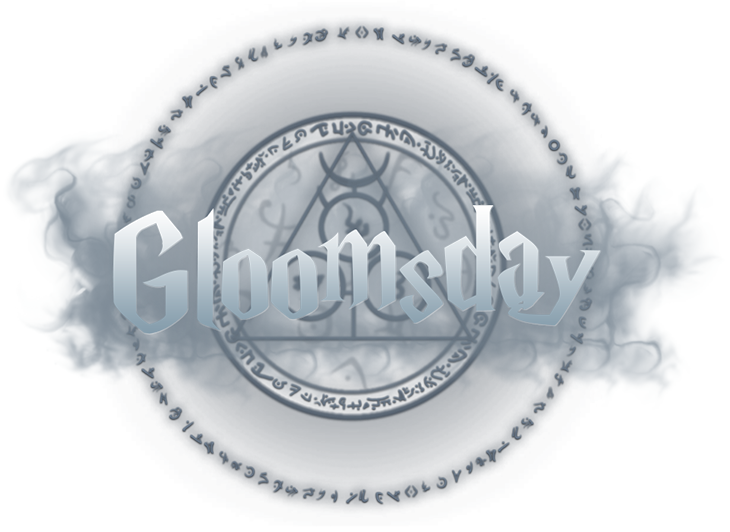 Born to a single mother in Paragon City, it was clear from birth that Jackson Webber was anything but normal. Naturally pale with hair as black as night and astonishingly vibrant, stormy blue eyes, Little Jack stood out among the other babies in the nursery. But then, as the years passed, things just got weird.

As a toddler, any child on the playground who did him wrong regretted it instantly. One day, an older boy kicked his sand castle down. As he stomped away laughing, he tripped, fell, and broke his arm in three places. In kindergarten, a kid stole his favorite toy race car and ended up accidentally swallowing and choking on a hunk of Play-Doh. Don't worry, he lived. He's never touched Play-Doh since though.

Accidents befell just about anyone who looked at him sideways. Shunned by the other children, Jack was looked at and treated like a black cat. No one wished to cross him. Even the parents of his schoolmates were wary letting their children near him.

"It was seriously messed up. Everyone thought I was the kid from The Omen or something. I mean, it's not like I was doing it. I wasn't even aware of it, man." - Jackson

As he matured it only got worse. Eventually, Jack surrendered and followed the path fate had seemingly laid before him. He went goth.

His closely cropped hair was grown out to shoulder-length, and his wardrobe became fully monochromatic. If there was a color darker than black, he'd have worn it. Withdrawn from his peers, teenage Jack got used to being alone. He enjoyed it even, most of the time. It gave him time to focus on his poetry.

It was during one of these poetry writing sessions, that the course of Jack's life would change forever. Lying in an open field looking up at the stars, Jackson felt the ground beneath him rumble and shake. Assuming it was another quake caused by some super-villain, Jack attempted to run, but the ground grew soft beneath his feet and suddenly he found himself being pulled downward, like quicksand. And then he was falling. He fell for what felt like minutes until splashing down into a lake of some kind in a cavern so deep he couldn't see the ceiling or the hole he'd fallen through.

There were torches lit with fire lining the shore and as he walked ahead further he came upon a colossal throne made of bones. And on that throne sat a man, at least fifteen feet tall, as pale and gaunt as the moon wearing obsidian robes that billowed even though there was no breeze. The man approached Jack, his form shifting to a well-dressed man of average height, revealed that he was Hades, Lord of the Underworld, and that he was Jackson's true father.

"Y'know, outside of graduation and Firefly getting canceled, I'd say finding out my deadbeat dad is actually Lord of the Underworld was probably one of the more pivotal moments in my life." - Jackson

It turns out the gods often assume mortal forms and... "mingle" with ordinary humans, and Jackson is apparently the product on one such instance. And as he had recently come as age, his father felt it was high time he "be put to work". Hades needed an avatar. One to carry out his work above ground. With so many cults and mystical groups like the Circle of Thorns and the Carnival of Shadows, and more being formed every day, spirits and souls were being summoned back to the land of the living left and right. Something that was most definitely against the rules. So his father tasked him with returning those escaped souls back to the Underworld.

"Zeus is constantly droning on and on about his champions. He spent a thousand years boasting about that idiot Heracles! It's time I had a champion of my own." - Hades

Darkness Manipulation: The ability to control and manipulate the negative energy 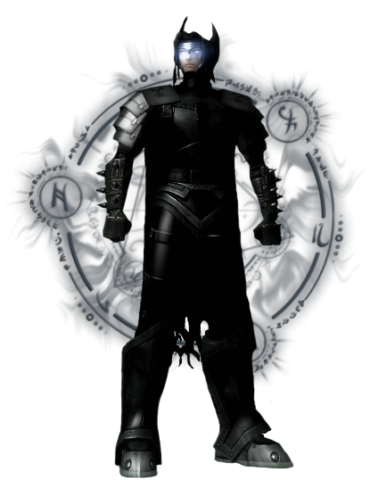 The Staff of Gloom: This ancient magical item was bestowed upon Jack by his father, Hades. He is able to conjure it at wil. Though untrained in the mystic arts, Jack is able to use the staff to tap into mystical forces and to manipulate them for a variety of effects, including levitation, astral projection, exorcism, matter manipulation, the ability to see prophetic visions, telepathy, and summoning and conversing with spirits.

Sullen and sarcastic with an acerbic wit, Jackson tends to keep to himself unless he's prodded. Even before he gained his powers, Jackson had perfected the art of blending into the background and going unnoticed. A childhood and adolescence spent being largely avoided will tend to do that to you. Though he may not let on, he does take his job seriously and does his best not to fail and let down his father.

Rather lanky when not clad in armor, it's likely you wouldn't look at him twice if you passed him on the street. Hobbies include poetry writing, listening to music too loud, and banishing spirits back to the Underworld.

"Seven Nation Army" by The White Stripes
"Demons" by Sleigh Bells
"Black Balloon" by The Kills
"Shake Me Down" by Cage The Elephant
"Die On A Rope" by The Distillers
"Walk Idiot Walk" by The Hives
"Dawn of the Dead" by Does It Offend You, Yeah?
"Bury the Tooth of the Hydra and a Skeleton Army Will Arise" by Schoolyard Heroes