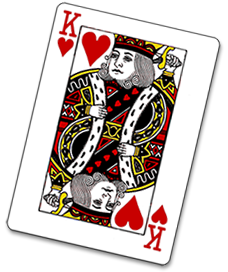 Gambler. Thief. Heartbreaker. Con-man. All words that have been used to describe Jean-Luc Thériot at one point or another.

Like all men, Jean-Luc's story truly begins with his parents. His father was Gustave Thériot, a ruthless French businessman of great renown. His mother, Louisiana native Elisabeta Boudreaux, lounge singer and notorious flirt. It was twenty-five years ago, on a hot night in Baton Rouge, Louisiana when the two first met. Gustave was in the States on business, but all his business trips inevitably turned into vacations. He rarely visited America and as such, always did all he could to have a good time. Thoroughly enjoying the humid Louisiana nightlife, Gustave bar-hopped until he ended up in The Owl and the Queen; a sultry jazz tavern where Elisabeta performed.

And then he saw her on stage, belting out a tune that would make any man sweat. Legs that went on forever and a body to die for, Gustave knew he had to have her. Only Gustave was a married man. But that had never stopped him before. They danced for what seemed like hours. She held nothing back, and in return Gustave professed his love for her. But he refused to leave his wife. Splitting his money in half was not something Gustave ever planned on doing, not even for Elisabeta.

They stayed in touch after he'd left the country and he'd often travel back every few weeks. They'd consummated their relationship that first hot night in Louisiana, but nine months later, they both received something neither of them wanted; a baby boy. After the birth, Gustave distanced himself from Elisabeta and their son, whom she had named Jean-Luc. His trips became less and less frequent until he stopped visiting at all and only spoke to them over the telephone. Heartbroken, Elisabeta often drank herself to sleep at night, leaving young Jean-Luc to his own devices.

Largely ignored by his mother, Jean-Luc came and went as he pleased. He'd often spend nights away from home, wandering the city streets with a pack of friends. His love of magic began early when he was given a magician’s kit by his uncle, himself a professional illusionist. Although he began learning the craft in childhood, his early attempts at performing professionally were unsuccessful until he realized that he needed to work on his showmanship.

Now in his teens, young Luc began performing his magic on the busy boulevards of Baton Rouge for money. A very successful street performer with natural charm and charisma, Luc amassed a considerable fortune by the age of twenty-one. By this time, his mother's drinking habits had turned into a full-blown addiction. He spent most of his earned money paying for his mother's stints in rehabilitation, which never lasted very long. Eventually, the alcohol took its toll and Luc's mother passed away at the age of forty-one.

The rest of his money now went towards women and cards. A notorious gambler, Luc spent many nights betting away his cash in any one of the many bars or casinos in the city. He won many fortunes, and lost countless more. Over time, his luck ran out and Luc found himself in debt to a number of unsavory characters. Forced to go on the run to survive, Luc left Baton Rouge for good.

What happens in Vegas...

"Trouble don't follow me, mon chere... It rides on mah back." After leaving Baton Rouge, Luc traveled westward, moving from city to city, state to state. Luc became quite the nomad, never staying in one place for more than a few weeks and often finding himself in tight spots and hot water with the locals. A rogue by nature, Luc crossed the line between hero and villain often. He spent a month robbing trains in Texas. In Oklahoma, he saved an elderly man from being hit by a truck, stealing his wallet in the process. He charmed his way into the heart of a small town woman in New Mexico, only to find out she was married to the local sheriff. Luc was run out of town by drunken locals soon thereafter. He even traveled with a traveling circus for a period of time. Eventually, Luc ended up in Las Vegas, Nevada; a gambler's paradise.

Luc spent months there, conning tourists and vacationers out of their fortunes. High stakes poker games in smoking clubs and back alley speakeasies became the norm. Unfortunately, the concepts of caution and restraint still eluded Luc. He got too confident during a showdown during a high stakes poker game and ended up getting his bluff called by a big shot with enough power and pull to make him quietly disappear. But after Luc spent most of the game boasting about how great a thief he was, he sensed that Luc's skills were much more valuable to him than the small amount of pocket change he might be able to cough up. So he forced Luc to aid him in committing a heist: breaking into and looting the private vault of one of his rivals. He promised Luc his own haul of the fortune they found. Along with a healthy porn of cash Luc chose to keep a staff he found in the depository, assuming it was an expensive relic he could fence.

The job itself went off without a hitch. But when the boss attempted to kill Luc and pin the crime on him, he fought back. The head of staff started glowing, then spinning and revolving at an alarming rhythm. There was a bright flash of light and in an instant, Luc was gone.

The Measure of a Man

Luc has been known to try and talk his way out of most fights, preferring to buy time to set up a plan and obtain an advantage. He can be very sneaky, observant and patient when given the opportunity and does not mind looking weak, afraid, trapped, or hesitant to allow his foes to underestimate him.

♥ The Charmer: He's very adept at sweet-talking others and can really pour on the verbal charm if he wants to.
♥ The Gambler: A thrill-seeker and chance-taker, Luc is well-versed in all manner of card games. But his fondness for cards and gambling isn't just for show. He’s extremely skilled at throwing cards with deadly precision too.
♥ Weapon of Choice: In this case, the magic Staff of Light. Luc doesn't just use the staff for its ability to cast spells though. He's trained in bojutsu for years, which makes him highly skilled in the use of his staff as a physical weapon as well.
♥ Playing Card Motifs: Luc has a playing card theme, with a particular fondness for the Ace of Hearts. Hearted and the rest of The House of Cards follow suit.

Although Luc himself possesses no superhuman abilities, he is a prodigious thief and master pickpocket. Jean-Luc is a talented magician even without resorting to the use of the Staff of Light, specializing in card tricks and sleight of hand.

The Staff of Light: This ancient magical item's true history has been lost to time, but what is known is that the Staff of Light allows the wielder to harness magic and cast spells. From illusion casting to conjuring and summoning, and all the way to flight and enchantments, the staff is capable of a seemingly limitless number of tasks. Whatever its bearer can imagine, the Staff of Light can do. It can also be magically summoned back to its wielder no matter where on Earth it is.

Throwing Cards: He keeps a deck of playing cards on his person at all times. Luc is skilled in the art of throwing cards at opponents with great accuracy. From time to time he also carries with him either explosively charged or razor-sharp cards, just in case he's unable to use the staff or simply chooses not to.