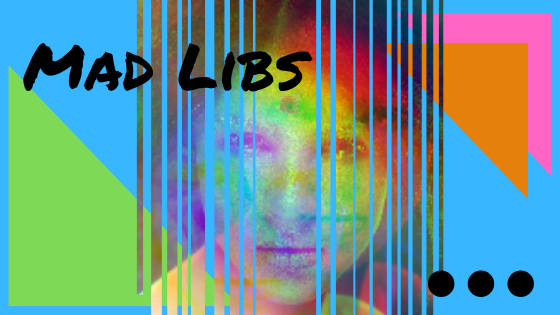 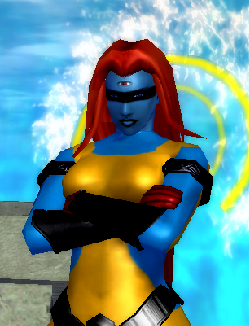 Sometimes, when someone is born, it is a little. obvious that they're different. Waverly Eleanor O'Mears was decidedly one of those persons.

Alec and Fiona O'Mears were your every day people. Alec's family came from Ireland, with a rich history he completely abandoned of leaving salt on the counter and milk out for brownies. Farah's came from a family that practiced magics they never spoke about outside of the family. When she met Alec, he was deemed unfit to join the family and so she abandoned it all to marry him.

Both of them accountants, they happily lived their entirely normal lives, married after three years of togetherness and then had a perfectly normal son they named Ioan. It was a typically joyful delivery and Ioan was a completely normal child who did perfectly great at everything, as expected of a first born.

When he was five, they found out they were again pregnant. Joyfully, they celebrated with Ioan and their normal work and social friends. Hooray, a girl this time!

Suddenly normal was off the table. They found themselves in the newspaper. And family started calling.

To be quite fair, the papers would have called ANYONE who had a child born with a third eye. ... wouldn't they? Still, she seemed normal otherwise. Maybe this was a mutation.

So they gave her a normal name. Waverly. Raised her to be as normal as she could be. Farah's family began showing back up in the form of one determined Uncle Farid. Alec's aunt Saoirse also came around. The two of them came to an understanding regarding the parents of the blue skinned child and began to meet up. She was different, they noticed, and not just because of how she looked.

Of course, having abandoned all practice and desire for magic, Alec and Farah didn't notice. But Waverly could see more than most, with that extra eye, and we weren't talking having the visual range of an IMAX screen. It allowed her to see into another plane. It would explain why she talked to herself so much. And didn't seem to have any lack of energy.

Her hair had come in thick, in unusually red strands. Unruly red strands. And for a child who wouldn't sit still, getting anything done with it, was impossible. More often than not, she left the house for school with a tangled mop on her head.

Farid and Saoirse did what they could to warn Alec and Farah. Waverly wasn't going to be easy like her brother. She was already pulling on magics around her without trying. Alec and Farah had settled their perfectly normal life without thinking or trying RIGHT near a ley line.

And the child could feel it, and was using it to boost not only her own energy but those around her. Farid and Saoirse(Who by now had become something more than uneasy friends) moved in next to the family to help raise the magic girl.

She was 13 when she first duplicated herself. During a session with Uncle Farid and Aunt Saoirse, in which they were attempting to teach her to sit the heck down and try to push some energy out to benefit someone else intentionally, Waverly became increasingly upset. Wouldn't it be better if she could be in the living room watching Freakazoid? Or X-Men? Come ON.

That.. didn't go over too well. Her third eye opened and turned bright red, and suddenly there was another Waverly stomping out of the room to go flop on the couch. When her father asked why she had left her practice so early, she simply explained that she hadn't. In fact, she was still in there.

There was a lot of misunderstanding. Was that sass? Wait, how did that happen? WHEN DID THEY GET MORE DAUGHTERS.

Meanwhile, Ioan was applying to college to be a vet.

Queen of the Night

Ioan was a steadfast, loving and protective brother. Waverly was a loud, bright, attention getting child that sometimes turned into more than one child. They complimented each other wonderfully. When people picked on Waverly, Ioan was there to talk her down and keep things calm.

When Ioan had problems with his confidence around crushes, Waverly broke the ice with her outgoing personality. Over the years, as her power grew and her aunt and uncle taught her to hone it, Waverly embraced the physical aspects of herself. And boy howdy did she do it.

Taking cues from her favorite shows and toys, Waverly swan dove head first into the world of 90's neon. As she matured out of high school and started learning more about herself, that never changed. Only grew more bold. What started with awkward forays into windbreakers and leggings turned into full-on body suits, latex dresses, and anything else she could get ahold of.

Initially thinking, or maybe hoping, it was a phase, Alec and Farah nodded and smiled as she dipped her fingers into the well of Lisa Frank's bliss. Sadly for them, she strayed further and further from the land of ticky tacky houses and into being a vivid blast of color.

Around the time her parents expected her to apply for college, she didn't. 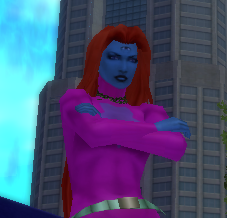 She left home, instead.

Now to be fair, there was a bit more to it than just 'Waverly doesn't have any interest in formal education' (which she didn't).

.☼. Waverly works as a closed captioner for PBS broadcasting. She's real good at it.
.☼. It should probably go without saying, but she has a huge girlboner for 90s music. I mean... right?
.☼.
.☼.
.☼.
.☼.