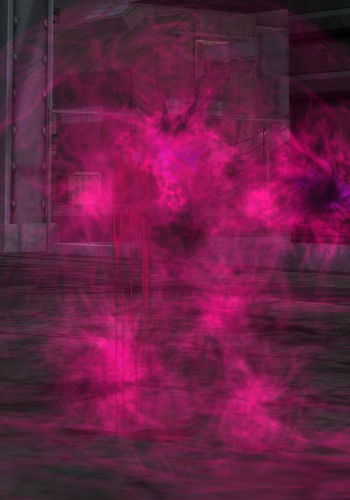 There are few things that will get you further in life than being useful. In the era of superhumans, living tools exist to fix any problem. Patches for every leak. There is money to be made in serving as someone's solution, and even more money to be made creating those solutions. In some of the darkest pockets of Eastern Europe, unethical experimentation runs rampant. Crimes against humanity are cloaked by political machinations and mob rule. It's in these shadows that the unstoppable Ooze was first unleashed.

Alexei Ozgoff was a 'lost child' -- the bastard son of an organized crime boss. He was fed into the soldier-trafficking network as young as he was able, and he willingly went along with it since his only other option was living on the street. For the next several years, Ozgoff was shipped off to conflict-stricken areas and hardened by the violence he experienced there. His survival proved his hardiness and made him a promising 'candidate.'

Ozgoff trained himself to ignore the screams of failed lab subjects in nearby stalls. When a masked doctor intravenously administered a black market super strength serum into his veins, he endured full-body pains and sweats for days. There were no results. After that, another cocktail was injected into him -- this time intended to supercharge his reflexes. Again, there was no lasting benefit. Ozgoff suffered endless side-effects from a continuous, nonstop stream of drugs and procedures, all without any success. It is a testament to his tenacity that his body didn't give in completely to the trauma.

Ozgoff never lost faith in the possibility of gaining powers -- instead he grew disdainful of the perceived incompetence of those experimenting on him. He demanded they administer more substances into him, ignore the recovery time, and push the limits more. Despite it tainting whatever leftover scientific merit these illicit trials still had, the doctors complied, convinced they'd just be cutting their losses and killing off Ozgoff in the process anyway. The true result of so many dangerous chemicals mixing within him proved more terrifying than any of them could comprehend at the time.

After a week of observation, Ozgoff began secreting an unidentifiable goo that was caustic to the touch. This was not a power any of the scientists sought to create. Instead... it just sort of happened -- and now that it was here, there was no stopping it. Within a day, the ooze had expanded to the point of devouring the entirety of the project warehouse. Ozgoff remained at its epicenter, able to manipulate the substance in a sort of symbiotic relationship. Those involved in the ooze's creation fled their work, fearing they too would be consumed by it.

Ozgoff was able to get the ooze under his control -- and from then on he became its emissary. His contacts in the criminal underworld began using him as a disposal expert of sorts, offering up bodies and items as tribute to the insatiable ooze. Certain objects of immense power, like magical artifacts, required longer to be properly 'digested,' but even they eventually broke down and dissolved into a more basic form. This talent put Ozgoff into contact with his future employer, the mysterious and influential Aegis Inc., and now he is a trusted enforcer in the organization. It certainly pays to be useful -- the question is, how long will Ozgoff remain useful to the Ooze itself?