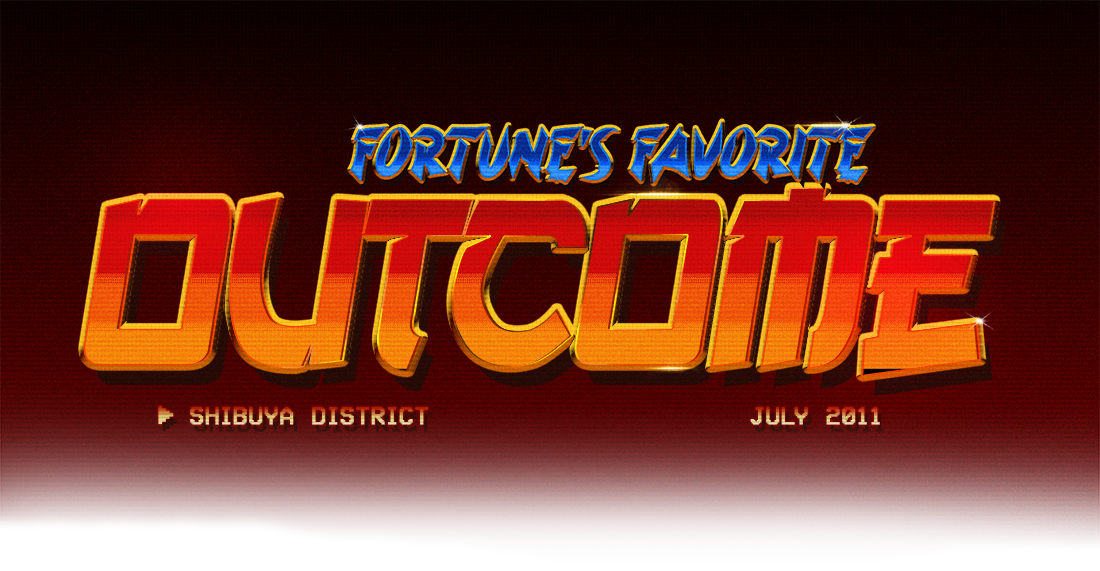 Teenage Adam Han was born and grew up in High Park, Skyway City. After school he'd often visit his grandfather at 'Fortune's Favorite', his antique shop in the middle of Kings Row. He started working there regularly after he graduated high school and his grandfather's health began to decline.

One night while he was closing up, a scruffy old man hurried into the store, slapped an octagonal talisman down onto the counter and left, just as fast as he entered. Adam ran out to return the item to him, but he was nowhere to be found. Shrugging off the incident, Adam inspected the object. A Chinese character he didn't recognize was carved into the face. He pocketed the talisman, intending to ask his grandfather about it the next day.

When he went to the shop the following morning, he found it ransacked. Cabinets were thrown to the floor and smashed to splinters, figurines lay strewn across the carpet in pieces. It was obvious the culprits were searching for something.

Adam rushed into the backroom only to find his grandfather on the floor, barely alive. He immediately left the room to call for an ambulance, but was met by a gang of Tsoo ninjas. They demanded the Talisman. When Adam refused, they rushed him. Adam fought out of pure instinct. He'd never even been in a fight before, but he found himself blocking strikes and dodging punches with ease. Nothing could hit him and before long, his attackers retreated. He ran to check on his grandfather again, only to find that he'd succumbed to his injuries and passed away.

Distraught in the wake of his grandfather's death, Adam blamed himself. At least until Oroku Kai showed up at his front door.

After hearing the news of the old shopkeeper's death, Oroku's guilt overwhelmed him. Kai, the haggard old man who'd pass the talisman off to Adam days prior, explained that he was the previous holder of the Talisman and how he had been similarly hunted by the Tsoo. He offered to help and protect him, but Adam rebuffed his efforts, blaming him for bringing the whole mess upon him in the first place. But after he noticed strange men following him for a full week, Adam sought out Oroku at his underground dojo.

Over the next few weeks, Oroku trained Adam in the use of numerous styles of martial arts. He revealed that the Talisman is an ancient Chinese artifact that bestows mystical abilities upon its bearer, most prominently, good fortune. Oroku also taught Adam a fighting style he himself created - The Way of the Burning Palm, which allows him to harness the mystical energy of the Talisman along with his inner chi.

Now an incredibly formidable fighter, Adam uses the talisman to not only combat the Tsoo and defend his family, but fight crime across the city as well.

Probability Manipulation: The Hǎo Yùn Talisman Adam possesses affects probability in his favor by making improbable (but not impossible) things to occur within his line of sight, thus causing him to have "good luck" and his opponents to have "bad luck." This phenomenon can be anything from an enemy's equipment failure to hitting just the right switch with a stray shot to shut down an overloading nuclear reactor.

This phenomena is triggered when he is in a stressful situation (such as fighting or escaping). This effect constantly emanates from his body at all times and is completely out of his control. However, it is also largely participatory - in order for the luck to take effect, Adam himself must engage in an action whose chance he can affect. He cannot consciously control this ability. Adam can only activate it by putting himself in a position in which he could be negatively affected. For example, if debris falling from the sky were about to strike him, he would still be hurt if he stood still. However, if he tried to avoid them, he would move perfectly to avoid each and every piece about to hit him. In addition if Adam were to stand before a hail of bullets he would be bullet-ridden. Instead, he must take action; in attempting to avoid the gunfire, he would miraculously bob and weave just right to avoid every single shot.

As the talisman is mystical in nature, the full extent of its powers is still unknown.

Master of the Burning Palm: Trained by Oroku Kai, Adam has mastered The Way of the Burning Palm, a style of martial arts created by Oroku himself. Through intense concentration, Adam can harness the mystical energy of the Talisman to augment his physical and mental capabilities to superhuman levels. Using this technique, he is able to focus the energy into his hands and conjure fire from within around his fists, empowering his strikes.

Years of rigorous training and tutoring by a master fighter has made Adam highly proficient in many different normal styles of hand-to-hand combat including Ninjitsu, Taekwondo, Aikodo, Judo, Karate, and multiple stick-based martial arts as well.

Superhuman Reflexes & Agility: As a byproduct of his enhanced luck, the Talisman tends to instinctively guide Adam's movements during stressful situations, which has the added effect of augmenting his natural reflexes and agility to near-superhuman levels. He is able to snatch objects out of the air and is also master marksman, able to throw ranged weapons such as daggers and shuriken with pin-point accuracy.
Retrieved from "http://www.virtueverse.net/wiki/Outcome"
Categories: Everlasting | Hero | Scrapper