Pastfinder is a character mixed together of the following ingredients: Elvira (The Mistress of the Dark), Kenzi (from Lost Girl TV-series), late 90's / early 2000's goth scene, Friday The 13th TV-series from the very early 1990's and a little bit of dr. Wyatt Black from Monster MD comic. Pastfinder isn't a good-guy hero in spandex to fight the evil bad guys, but she has a good heart.

Pastfinder is primarily an investigator, helper and adviser dealing with paranormal and arcane mysteries, especially in cursed and magical items. And if a damaged undead or a wounded lycanthrope came to her asking for help, she wouldn't turn them. Not away, and not in. As one of the things that go bump in the night, and as someone who has earlier in her life hunted those things in the name of her God, she has a little bit of knowledge of what she is dealing with.

But most of all...Pastfinder is the worst kind of meddler you can ever think of. She does not wait a client come to her, oh no, she actively looks for trouble or at least something that is definitely not her business at all, and then she pokes her nose into it.

She's in love with herself. She likes the dark.

Pastfinder (in her full life force) is a gorgeous woman with piercing gray eyes, pitch-black hair and milk-white skin. She does not have fangs, her teeth are normal human teeth that she loves to show off to people while flashing her flirty smile. She actually looks like she is constantly smirking. She wears black make-up, lipstick and nail paint. Though she always dresses in gothic fashion, she isn't melancholic or gloomy at all.

One thing characteristic to her appearance is her nasal voice. It cannot go unnoticed.

Majority of the people are likely to take Pastfinder as a Caucasian. Europeans will probably assume her to be Slavic. People from Norway, northern parts of Sweden, Russia and Finland will probably recognize her as a Skolt.

Official documents say Pastfinder is a British citizen. Actually, she is a Skolt tribeswoman born in the late 1800's. Tribes don't have countries. But during her adolescence, she was baptized into Russian Orthodox religion, brought to Russia and made a citizen of the great, newly born Soviet Union.

Well nobody is perfect, I struggle everyday

Kamala Haaska, born in 1992, is a fake identity. In the very well faked documents, that will pass even intensive inspection, it is shown she was born in London, England to an immigrant family from Latvia, had a very typical and uneventful youth, and later in her life went to Charles MacPherson Academy for Butlers and Household Managers. Then she was employed by an heir to a wealthy Spanish family. Her employers address is listed as her home address and her occupation is listed as a housekeeper. Upon her recent arrival in Paragon City, she has started a Magic Shop in Kings Row.

The Burden of the Past

Forgive her for she knows not what she does

Kamala is not really just 28 years old. She is much older. For her real age, she should be more knowledgeable than she actually is. She has been around for quite a while, but for reasons that she might later spill (or someone could research) she might occasionally struggle to speak understandable English. She has a religious past, that may have contributed to her present personality to some degree. To summarize: her knowledge isn't necessarily in par of her actual age, and she doesn't act to her apparent age. She has vast knowledge of Christianity and northern / arctic witchcraft and Spanish folklore & mysticism.

She knows a lot. But there is a lot she doesn't know about.

Life of the Undead

Kamala is a magically re-animated corpse. Although (when in full life force) her body looks exactly like a living human being on the surface, she has no pulse, no lifesigns and no body temperature. Her body is not alive. She can breathe, but she doesn't have to. She can eat and drink human food and beverages, but she doesn't have to. (And she should not do that: the food does not digest.) She is not a vampire, sunlight does not kill her. She is not a zombie, either. Gunshot to her dead doesn't kill her. But it is easier for her to pass as a human if she keeps within dim lighting, and doesn't get damaged. A thick layer of make-up also helps a bit. She does not smell, unless she runs low on life force or she gets damaged, making it difficult to maintain the integrity of her corporeal body.

She needs to feed on life force, and she needs to avoid becoming damaged. Otherwise, she start to deteriorate, becoming stinking and disgusting rotten ghoul.

M'am, stop. You are only digging yourself deeper in the hole. 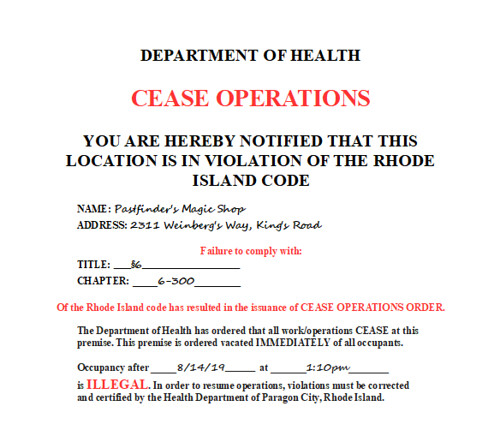 Kamala used to run a magic shop in King Row called 'Pastfinder's Magic Shop'. That shop came to a halt when Paragon City Health Department shut it down 8/14/19. All her stuff was confiscated and her warehouse was locked up. Luckily, it was a setback Kamala was able to overcome, mostly by making intimate connections in Paragon City mayors office. In friday, 23th of August, Kamala was able to get her shop cleared and scheduled a re-opening. She also changed the shop name slightly.

The shop is currently open for business.

Oh, hello there, handsome. Do you come here often?

When Kamala first arrived to Paragon City, she had no connections at all. Because she is a re-animated corpse that need life force to sustain her corporeal appearance, she has made a number contacts after her arrival. Mostly men. In addition to that, she has been eagerly meddling with heroes, villains, PPD, Arachnos and super groups, making herself an easily reachable and easily approachable person from all sides, a go-to person when anyone needs something magical, or an investigator, negotiator, a proxy or a woman-in-between or just someone to stir up things somewhere.