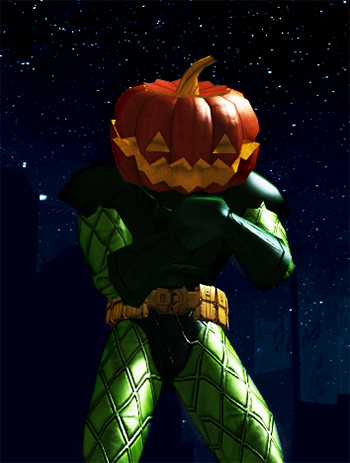 Fear. It was a concept that Aiden O’Connor has struggled with most of his life. As a child he was mistakenly allowed to watch a movie far too terrifying for anyone his age and it traumatized him, causing him to be quite easily unnerved by the most common of things. Heights. Animals. The dark. Enclosed spaces. You name it, there’s a good chance Aiden was terrified of it. Due to his timid and bookish nature, Aiden had few friends as a kid and was often bullied for his lanky frame and nervous stutter.

When he was twelve, a group of older, more popular kids attempted to befriend him by inviting him to a party. Aiden was not an idiot however, and even at such a young age, he knew full well what he was getting into but his need for acceptance from his peers outweighed his skepticism. The party itself was to be hosted in the town’s creepiest house. In reality there was nothing remotely spooky about it other than it’s overgrown lawn and shrubbery and run-down siding. And the only things “haunting” it were occasional homeless squatters. Almost as soon as he entered he was ambushed by kids in Halloween masks and tormented, all the while being recorded by cellphones.

It was happenings and pranks like those that led to Aiden being slow to trust others as he matured. He grew into his own in high school however and though his social life was still non-existent, the lack of distractions gave him more time to study and he became widely recognized as one of the most naturally gifted students in his school, with a specific talent for engineering. Maintaining an interest in the arts as well, he graduated and went on to college to pursue a career in the theater & film industry as a behind-the-scenes mechanical engineer, specializing in designing and creating a wide range of devices that fulfill specific purposes for the production. Through a series of hypnotherapy sessions by his therapist and the regular consumption of some choice prescription drugs, Aiden learned to manage his phobias and lead a relatively normal life.

All of that was undone however when he was accosted and kidnapped by a gang of Skulls. Their leader, an especially terrifying individual named Grave, had picked Aiden at random to be his sacrifice in order to acquire the otherworldly and supernatural abilities the gang’s Bone Daddies gain once they reach a certain rank. Through sheer luck, Aiden managed to escape, however the ordeal deeply traumatized him and brought most of the fears he spent years burying back to the surface.

Seeking out a new avenue to quell his phobias, Aiden met with Thaddeus Rackham, a renowned psychologist who specialized in overcoming phobias. He suggested confronting the thing that plagued him head-on. Rackham however had an ulterior motive as he used Aiden to test out an experimental drug he’d created. Disguised as prescription medication to stave off depression, the drug actually caused its users to act out of character and against their nature, in Aiden’s case, emboldening him to track down Grave and stand up to him. To protect his identity, Aiden “borrowed” a costume from the set of the film he’d been working on and crafted weapons to counter Grave’s supernatural abilities. 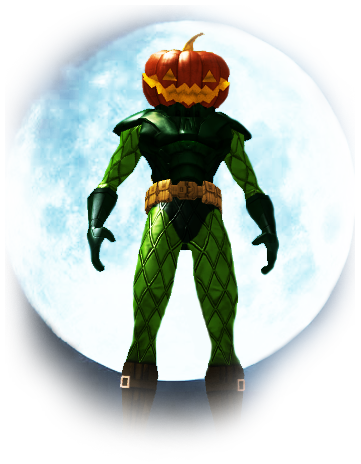 Taking Rackham’s advice (albeit a bit too literally) Aiden visualized Grave as everything he’d ever been afraid of, every bully who’d ever tormented him and once he tracked him down, he challenged him to a fight. The experimental drug Rackham had given Aiden heightened his adrenaline, enabling him to narrowly defeat the far more powerful Grave. His fellow gang members abandoned him before the police took him into custody.

Feeling more alive than he’d ever felt before and having conquered his fears by defeating his enemy, Aiden felt he now possessed the power to stop people like Grave from instilling fear in people like himself. In that moment, he made the decision to take on the guise of the vigilante known as Scare, promising to bring the fear to the villains.

Grave - Lester Sharpe views Aiden as ‘the one that got away’ as Aiden’s escape was the catalyst that led to his downfall. It caused his fellow Skulls to view him as weak and doubt his place in the gang. Due to him letting such a timid individual to slip through his grasp, Grave was essentially demoted within the gang, relegated to grunt work once again and his defeat at the hands of a clearly inexperienced costumed hero was the final nail in the coffin for him. He was excommunicated from the gang once he was imprisoned. He vowed revenge on both Aiden and the vigilante known as Scare, unaware they’re one in the same.

Doctor Fear - The good doctor Thaddeus Rackham had ironically created his arch-nemesis when he first dosed Aiden with his fear-conquering experimental drug. It was the catalyst that led to Aiden deciding to become the vigilante known as Scare. After losing his mind and becoming Doctor Fear, Rackham and Aiden have clashed on numerous occasions, almost always ending in his defeat as Aiden is, ironically, immune to Rackham’s fear pheromones due to him dosing Aiden in the first place. Neither Aiden nor Rackham are aware of the other’s true identities.