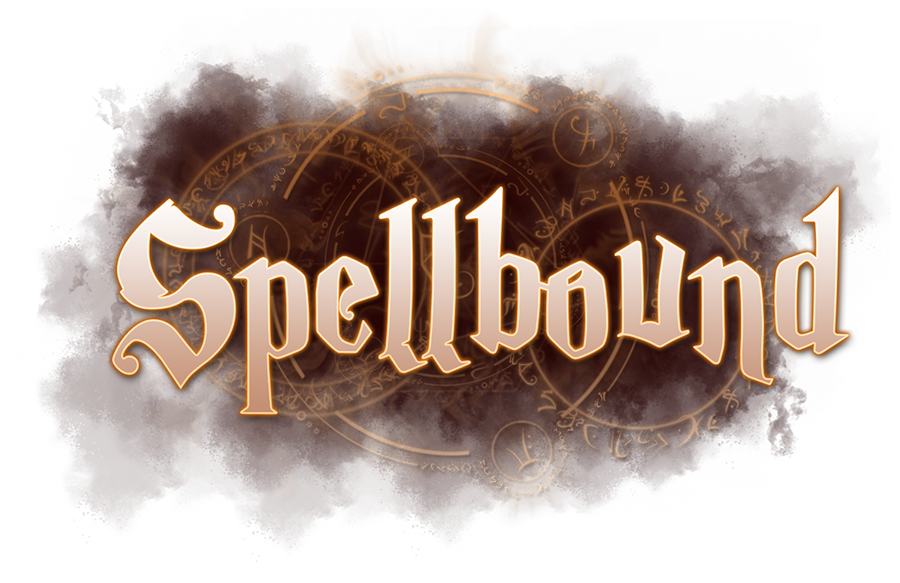 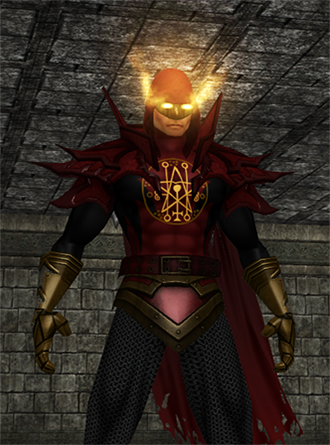 Throughout the 16th century, in Eastern England, a village called Samarvale was plagued by an evil sorcerer. Using his otherworldly powers, the sorcerer conquered the village, establishing himself as king, and his children his eventual heirs.

In rebellion, a resistance was formed to combat the sorcerer and his children. Over the years, members of the resistance learned what little they could of the mystic arts until an idea was formed. To bestow one individual with an inherent defense against their oppressors' evil abilities long enough for them to overthrow the king.

A brave individual named Janus Mester stepped forward, and the ritual was performed. Rechristened as Mysteria, Janus stood up to the tyrannical sorcerer, defeating and executing him. Crowned as the new king, Janus was a kind and well-loved ruler for the rest of his days.

Unbeknownst to him however, his children, their children, and every ancestor over time would bear his inborn immunity to magic. Some discovered this, while some didn't. Some would use this ability for good and take up arms against those who'd use magic for evil, like the sorcerer from ages ago. Eventually, one of his ancestors took note of the family's strange abilities and kept a journal, detailing his adventures fighting those villains. Since then, every direct descendant has served as a Protector, defenders of the innocent against the forces of evil and kept similar diaries. Until Simon's father, however.

Frank Mysteria was clued into his family's history in childhood and thus, spent most of his adolescent years training to become the next Protector. Early on during his tenure however, he married, an action that was cautioned against by his father. Confident in his abilities to protect his wife and newborn son, Frank eschewed tradition.

But shortly after Simon's sixth birthday, while they were out, his parents were confronted by a man; A descendant of the first sorcerer had discovered them. Much older and more powerful than Frank, the man overpowered him, killing his wife while he was forced to watch. He then presented Frank with an ultimatum: he would let him live if he abandoned his role as a Protector and the family tradition stopped with him. Frank tearfully agreed.

Frank faked a car accident and told Simon his mother hadn't survived. The two moved to America shortly after the funeral. His father began drinking regularly, a habit which slowly devolved into alcoholism. Only when Simon turned of age, did his father tell him the truth about his mother's death and the family legacy.

Angered by the lies and disgusted by his father's cowardice, Simon stole a number of his ancestor's enchanted items from his family's hidden sanctum and ran away, vowing to uphold the family legacy, in spite of his father's failings.

Power Mimicry: Simon is able to mimic magical abilities through skin to skin contact with their host. The transfer of abilities is always temporary, lasting for a period of time relative to how long contact is maintained. Permanent absorption is possible, but should he attempt it, Simon theorizes he'll forfeit his immunity to magic forever.

Aptitude: While in possession of another individual's abilities, Simon is imbued with their level of mastery over them. Occasionally, Simon inadvertently absorbs memories and talents as well, though they always fade with time.

Knowledge: As many of his ancestors kept extensively detailed diaries and journals, Simon has access to a wealth of knowledge concerning the mystic arts, magical creatures, and history of the occult.

The Vambraces of Viscera: Into the gauntlets are forged the inherent and necromantic powers of numerous ghosts and spirits who either volunteered for the process, or were condemned to this eternal imprisonment as punishment for their crimes. Blasts of eldritch energy from the vambraces possess a variety of effects, ranging from physical pain to emotional trauma. Victims experience intense feelings of grief, despair, and guilt for their sins.

The Amulet of Detection: Grants the wearer the ability to sense pure evil. Acts as a "danger-sense" of sorts. When willed, the amulet radiates light as well. Also allows Simon to see through illusions to a degree.

Helm of Infinity: When worn, the helm allows its wearer the ability to telepathically contact anyone, unless they are somehow shielded.

Aeromancer Boots: These boots grant the wearer the ability to walk on air, up walls, and levitate.

The Erebaker Clause: To circumvent not being able to learn magic directly, Erebaker Mysteria, one of Simon's more clever ancestors, attempted to find a way around this limitation. He discovered a way to temporarily copy and absorb other mages' abilities. This loophole came with a clause however; while possessing the abilities of another, the bearer is no longer immune to magic. Sadly, he discovered that fact all too late when he was killed, believing himself still invulnerable to his enemies' power.

Dependence: When not mimicking those with mystic abilities and deprived of his equipment, Simon is essentially powerless.

Secret Identity: Simon tries to keep his identity as Spellbound a secret so that he can maintain some semblance of a normal life, but often finds it more trouble than it's worth. Despite this, he wears a mask, adopts a different voice when in his costumed identity, and goes to great lengths to keep this a secret, especially to maintain the safety of his ailing grandfather, Wilson Mysteria.

"Confidence... thrives on honesty, on honor,

on the sacredness of obligations, on faithful protection

and on unselfish performance.

Without them it cannot live."
- Franklin D. Roosevelt

Simon is a courageous young man who often holds duty over desire and possesses a great sense of justice and fairness. He's known for holding his honor in high regard, a trait that sometimes leads to him trusting and believing those he shouldn't. He is estranged from his father, Frank, who he blames for his mother's death.

Simon also possesses a fondness for 'retro' devices. He eschews most forms of modern technology, such as cell phones or MP3 players. He prefers vinyl over digital CDs and only occasionally uses computers.
Retrieved from "http://www.virtueverse.net/wiki/Spellbound"
Categories: Mage | Magic | Hero | Everlasting | Corruptor