A disheveled and awkward woman who hates violence or conflict of any kind, the Synaesthete is regardless a selfless person and is willing to put her life on the line repeatedly just so people can sleep safely in their beds. Her demeanor may confound and her actions may befuddle, but her powers are vast and immense--and are best not trifled with.

And that is a seriously friggin' crappy picture. ----->

Synaesthesia is a neurologically-based phenomenon in which stimulation of one sensory or cognitive pathway leads to automatic, involuntary experiences in a second sensory or cognitive pathway. In layman's terms, synaesthesia is where the senses get all muddled up and get an LSD trip without the acid--people see music, hear colors, smell sounds, and taste words. The most common form of synaesthesia, known as grapheme-color synesthesia, letters and numbers are percieved as inherently colored, while in ordinal linguistic personification, numbers, days of the week and months of the year evoke personalities. In spatial-sequence, or number form synesthesia, numbers, months of the year, and/or days of the week elicit precise locations in space (for example, 1980 may be "farther away" than 1990), or may have a (three-dimensional) view of a year as a map (clockwise or counterclockwise).
The Synaesthete is afflicted with the most extreme version of this--there is no single sensory input that is not crossed with another, or that crosses over with several others. She was born with it entirely, which made life difficult for her growing up, but it took a few years before she and her parents managed to learn how to cope. Her parents decided to take up homeschooling, in order to shelter their daughter from the inevitable taunting and bullying that would occur to her from it.
As she grew up, however, she started noticing very odd things. There is a theory in which every person contains a sixth sense--only psychics hone it and train it. Whether little Fiona was one of these people or whether psychics are indeed special, she still recognized odd things. Various stimuli would make her brain tingle--at the age of seven, only then did she learn of the existence of psychic phenominae. At the age of eight, only then did she recognize the brain-tingling as being her own psychic sense stimulated. Her synaesthesia was so spread across, not only were her normal five senses crosswired, but as was her psychic sixth sense crosswired with all the others. This allowed her to easily identify what caused her psychic sense stimulation, and promptly proceeded with her lifelong task of wrangling it and mastering it. 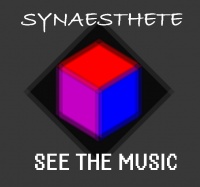 2: TASTE TEST
No information is given about the Synaesthete's next work, aside from that she has only one track in mind, and is waiting for See the Music to finish selling before continuing to try and compose.

The Synaesthete can easily be summed up in four words: Shy, disheveled, sleepy, and distracted. Quiet in speech and quiet in manner, it often takes the Synaesthete a few moments to recognize and react to something--most notably being attacked, to the frustration of several villains. Nothing quite spoils the "YARRRR I'm an evil bastard!" moment like the victim not quite knowing what the hell is going on until a few seconds have passed.
Her demeanor is constantly tired and awkward, as if never getting enough sleep. This is partially true, as she is constantly distracted by something or another when she plans on sleeping. Then she forgets about sleeping and stays up for a few more hours, until she remembers about bed again then hurries over.
The Synaesthete is also known into forays of childlike fascination and behavior--most notably lullabies, constantly trying to walk across thin things with arms outstretched, hopscotch, and various other distractions over the tiniest of oddities. This does not, however, mean that her intelligence is any less than of an average woman her age--perhaps more, due to the power of her mind.

The Synaesthete is a fully-registered hero of Paragon City, and lacks any bit of hidden or private information. She was several times charged with jaywalking into active traffic, but the charges were soon dropped upon realization that she had been sleepwalking each time.

The Synaesthete works daytime as a hero and works nighttime as a DJ, and further into the night as a music composer. The Synaesthete has already released a CD during her time in Paragon, which has had great success, and is now waiting an amount of time before trying to start with another. Her presence has been felt in the contested zones as well as Paragon's zones, proving herself to be a powerful fighter as well as a devastating enemy--this has, unfortunately, made assassins twice go after her in an attempt to end her life. While both have failed due to the mental-defenses-made-physical on her, the robotic servant Clockwork Maid has now taken to watching over her, acting as a protector and bodyguard.
How long Clocky can stay patient with the Synae's mannerisms is anyone's guess.

The Synaesthete contains one of the most powerful psychic minds known to humanity, easily surpassing the abilities of Fortunatas and Night Widows and surpassing the abilities of several of Paragon's Controllers and Etoile Isle's Dominators--able to level objects with just a snap of her fingers, decieve people's allies and alter alliances with just a wave of her hands, inflict a vision of horrifying wounds with so much as a glance, create numerous other mental personifications complete with their own startling psychic ability with just a passing thought, and cripple an opponent's movement, offensive, and defensive capabilities with overwhelming psychic debilitation.
And all the while in combat, she has her entire body shrouded in a mental shield of protection that keeps her safe from blades, bullets, fire, ice, poison, electricity, and even other psychic attacks. Though the field grows weaker and weaker with each attack she receives, until a blow inevitably hits her and she collapses from it, the Synaesthete is able of fortifying the shield to last a little bit longer as well as replenish the health of those around her. In a true display of "mind over matter", the Synaesthete, while combating and still protecting herself, is also capable of mentally pushing her body into feats of agility--leaping at massive heights and running at quick speeds are all effortless when her mind fuels her body.

STYLE: Tai Chi
Tai Chi is arguably one of the more popular martial arts, if only for its variety of applications. Soft martial techniques, demonstration competitions, fitness, spiritual health, medicinal applications, and reducing stress are just a few applications. As an "internal" martial art, Tai Chi focuses upon utilizing the mind to focus the body, as opposed to brute force and strength, and relaxing the muscles and coordinating the brain, body, and brawn all together into one single force. One with a powerful mind and a patient nature is able to utilize Tai Chi to hone their hands and feet into powerful weapons, instead of relying upon their muscles. As powerful as the Synaesthete's mind is, this style is perfect for her--especially considering the medicinal benefits.
The philosophy of the style is that if one uses hardness to resist violent force, then both sides are certain to be injured at least to some degree. Such injury, according to Tai Chi theory, is a natural consequence of meeting brute force with brute force--the collision of two alike forces, yang with yang, is known as "double-weighted". Instead, students are taught not to directly fight or resist an incoming force, but to meet it in softness and "stick" to it, following its motion until the incoming force of attack exhausts itself or can be safely redirected, the result of meeting yang with yin.
If you use strength to fight, you will inevitably eventually be overpowered by someone stronger than you. If you rely upon your mind to fight, however, there will be no limit to the strength you can achieve.
Unfortunately, the Synaesthete only practices Tai Chi as a method of exercise and meditation, and not as a form of combat. The lack of the ability of her physical body to last in a fight only adds to this complication. As such, while "she knows kung fu", it's hardly a combat-applicable version of it.

The Synaesthete is content with simply walking wherever is needed--her mind, however, is capable of propelling her to heights and speeds if needed. Which often is.

None. The Synaesthete rarely carries equipment with her aside from a portal CD player and her music.

Other Noteworthy Skills and Abilities

The Synaesthete is a very minor telekinetic, enough to move very small objects a short distance.
She is also capable of reading minds--though as the minds are not addled with synaesthesia as hers is, she has extreme difficulty translating them, and can even get a migraine from the mixed-up information. This does, however, give the advantage of being able to effortlessly bypass most mental blocks--if she can't read it, she can feel it, taste it, smell it, hear it, or see it.
If push comes to shove, she is also capable of forcefully commandeering another person's body, enshrouding their mind with her psychic presence--this carries three disadvantages, however. First off, as noted before, her mind is extremely synaesthesic and theirs is often not, which makes translating every moment of input she receives quite a tiring and often-very-painful chore. Second off, the body she is familiar with is modestly proportioned, unlike so many other females in Paragon and especially the Rogue Isles--commandeering a body completely unlike hers leads to very awkward moments, as she is unaware of what the body is and is not capable of doing...sometimes having to re-learn walking all over again. This is to say nothing of male bodies, or of highheel wearers. Third off, because of these disadvantages, the Synaesthete has barely practiced or exercised this ability, and would much rather keep from doing such--the problems far outweigh the benefits.

As a decisive fault to her incredulously powerful mind, the Synaesthete's body has taken quite a blow in durability. Frail, weak, and more than a little "squishy", the Synaesthete without her powers easily bruises and breaks, and can be put out of commission with anything more than a single punch to the jaw.
As such, she is also incredibly susceptible to narcotics. That which slows down her mind, slows down her thinking process, can easily cause her mind's grip on her body to falter...or even her mind's grip, period. This has caused her several problems when trying to take certain medicines and painkillers.

1: Has two men regularly leaving calls on her answering machine, both trying to ask her out. Is WAY too shy to return either of them.
2: Doesn't like wearing shoes. Will wear socks if absolutely needed, but is quite happy to go barefoot everywhere else. The awkwardness of this has been brought to her attention numerous times at formal events. As such, she also has no clue how to go about in heels.
3: Has a life-long dream of being able to mix jazz and trance together into a single style. Has attempted numerous times, with failure each time.
4: Cannot play Guitar Hero worth crap, for obvious reasons.
5: Always tumbles over edges. Always. If there is a ledge near her, be it a building, a cliff, or a railway, she will inevitably lean too far and fall over it. Every. Single. Time.
6: Is a very frequent sleepwalker, and had a seatbelt installed into her bed to keep her from wandering off and doing something that would cause problems.
7: Often forgets to buckle in when she goes to bed, which doesn't help the situation at all.

1: Way too much Rez and Synaesthete. The latter of which is an amazing freeware game, and thus I heartily suggest it.
2: L from Death Note gave birth to a few of her mannerisms and quirks.