The enigma known only as The Myme has been spotted off and on in Paragon City for the last few years. Whatever Myme performs, in Mime, is created in reality. If Myme pretends to lasso a Hellion with an invisible rope, the Hellion will be dragged through the air to Myme’s feet. If Myme creates an invisible force field with his world-class “trapped in a box” routine, no force on earth can penetrate the barrier. An invisible machine gun functions perfectly in Myme’s hands. Okay, not really, but that would be totally sweet. He is a registered hero, but has no super powers to speak of. Instead, he relies on a disciplined mastery of his own body to combat the evil that plagues the city.

File:Acceptnosubstitutes.jpg
Accept no substitues. (apologies to whomever this character belongs to)

He is also an excellent mime.

File:Undiesdance2.jpg
Move along, nothing to see here.

The Myme seems to be a bit of a gypsy, wandering from supergroup to supergroup.

Unknown. It is not known whether The Myme cannot speak, or simply doesn’t. In either case, nobody has ever reported any sort of conversation with him. He does tend to have a playful demeanor when “in character”: often times he can be found under the monument of Atlas rating young heroes’ costumes and/or attempting to either flirt with or annoy pretty girls. In combat, The Myme is known to fly off the handle, irrationally rushing into a fight that most would try to avoid, or at least wait for their teammates to arrive and help out. Many hospital beds have been stained with his blood and black & white grease makeup. This only tends to happen when there is an extended lull in the action. While not in costume, The Myme tends to keep to himself. 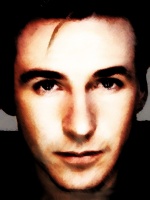 The Myme without his makeup.

The Myme has mastered control of his own body through the use of Tai-Chi-Chuan, Bujinkan Budo Taijutsui, Aikido, Ju-Jitsu, and the timeless art of Mime. Although he is an expert with swords and knives, he prefers to fight empty-handed.

The Myme is also very skilled at avoiding blows of all kinds. A member of the Skulls gang apprehended by Myme reported that Myme somehow managed to dodge the bullets from him and the other gang members' guns. The doctor treating the young man noted that he had received massive head trauma, and his testimony may not be reliable.

Unlike many of the heroes seen flying, bouncing, or speeding about Paragon City, The Myme is forced to rely on the train. He is quite a fast runner, but nothing compared to a hero with Super Speed.

Myme’s only real weakness is his sometimes suicidal desire to fight against overwhelming odds. 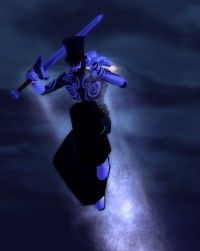 I have no idea what's happening here.

A beret and a small arsenal of any object he may need at the time (invisible and weightless, of course). At times he has been known to carry a Tanto; a small Japanese dagger.

A mugshot of a man who bears a striking resemblance to The Myme has surfaced, however his name has been removed from the photo. Police records do not indicate that a prisoner with the number shown in the mugshot was ever held in Paragon City, although some prisoners in "The Zig" have claimed to have done time with him several years ago. They say he was a member of the Tsoo gang who constantly started fights while incarcerated, and was removed in the middle of the night by Hero Corps operatives. Hero Corps remains silent on the matter.

Back to the Zig

Longbow operatives placed The Myme in custody in early 2008. He spent six months in Ziggursky prison, and was allowed a private cell for the good works he had done for Paragon City. Officially, Myme was incarcerated for operating as a hero while unliscensed. He spent his time exercising and fending off the attacks of inmates he had sent to The Zig himself. There were reports of several assasination attempts, but Myme was never injured beyond a few bruises and scratches.

Once released, Myme left Paragon City for several months. He spent most of that time in Honbu, a suburb of Tokyo. Recently he has returned to Paragon City, with Hero Corps' blessing as a liscensed hero.