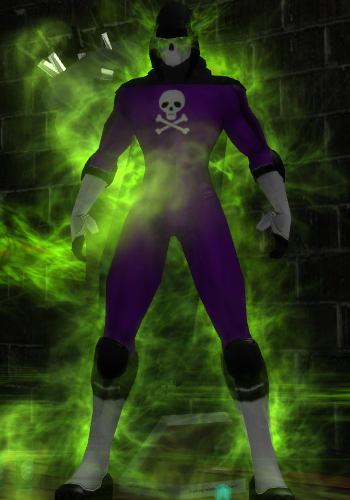 You can run, but you can’t hide; the Frightling doesn’t give his prey that kind of luxury. He slips himself into people’s dreams like a parasite, twisting them into horrific nightmares with no escape while he feeds off of the psychic energy it creates. The psychological trauma experienced by his victims has funded the careers of countless mental health professionals over the years, and even still, many of them dismiss the Frightling as nothing more than an urban legend. They call him a ‘boogeyman’, or some kind of ‘mass delusion’. They’re wrong. He’s real, and he’s out there somewhere, haunting some unfortunate soul’s dreams.

The first officially documented occurrence of the Frightling delusion was shortly after the turn of the century at a middle school in Galveston, Texas. A federal psychologist was sent to the school to investigate a series of incidents where multiple children became hospitalized over a short period of time due to outbursts of psychosis brought on by a lack of sleep. Initially, the government suspected child abuse of some sort as the root of this problem. After investigating, they discovered that all the children were suffering from the same recurring nightmare, in which a mysterious figure they called the Frightling was hunting them down. None of them wanted to sleep, and so they resisted until they broke. No real explanation for the shared dreams could be uncovered, so the case was closed and redacted versions of the files were made public. 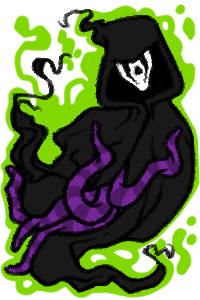 Over the years since the original incidents, the Frightling story has been circulated around enough to catch on in mainstream culture. The case has been used as inspiration for many different media projects, including being the subject of a well-known documentary miniseries that interviews the Frightling’s original victims as adults to get their insight on what happened to them. Some of them still adamantly insist that the Frightling is real, but others have seemingly convinced themselves that none of it really happened, which unsurprisingly added a massive amount of fuel to the fire of conspiracy theories floating around about what actually went down back then.

Testimonials of new Frightling sightings pop up every day, although a vast majority of them can be written off as mere fanfiction. Scattered among these stories, however, are a few terrifying tales of truth, which often get overlooked and disregarded. Because most people don’t believe the Frightling exists, he has continued to operate in relative anonymity with very little getting in his way, sustaining himself off of the psychological turmoil he has been continually creating inside of others all around the world.

The only person who really understands the true nature of the Frightling is a reclusive man named Roman Vita. Roman was a student at the middle school that Frightling terrorized all that time ago. Unbeknownst to his peers, Roman was also haunted by the creature years before anyone else. Instead of being driven mad by the nightmares like all the others, Roman eventually confronted the Frightling head on, giving the creature the opportunity to permanently latch onto Roman’s psyche. Ever since, the Frightling has lived inside of Roman’s head, and Roman has been burdened with the responsibility of keeping the creature sated by bringing it prey to feed on. Did the Frightling exist before Roman, or did Roman create him? Not even Roman knows for sure. Nevertheless, Roman lives his life in service to the Frightling, and together they do whatever they can to keep people living in fear of their own dreams wherever they go.

Roman was just a teenager living on the streets when the Dragon's Den first found him. They told him they knew all about the Frightling, and they were still willing to offer him shelter, food, and work. At the time, it seemed like a dream come true. In hindsight, Roman should have known better than to trust a good dream. People never offer up help for free without expecting something else in return. There's always a nightmare lurking in the shadows.

The Dragon's Den is a commune inhabited by disenfranchised mutants with nowhere else to go. The people who live there use their abilities to help enrich the group in some way, which they believe gives the Dragons - what they call members - a purpose. For many of them, it's true. Roman was initially too awestruck by the idea of utopia at the beginning to see that he was essentially being inducted into a group of organized crime, but eventually he became disillusioned once they began using the Frightling's abilities for interrogation and torture. The Frightling, not wanting to be kept on a leash by a group with its own agenda, convinced Roman to leave.

Unfortunately, the Dragon's Den is not known for letting things go. They have pursued Roman relentlessly since his escape, hoping to reacquire access to the Frightling's power to resume using it for their own gain. While Roman has returned out of desperation before on occasion, the Frightling never lets Roman stay there for very long. Now that the Frightling has decided to quit hiding from the spotlight, their plotting to capture him has only gotten more severe.

Most people assume that when you dream, your mind is just filtering through the thoughts in your head, creating images out of a jumbled mess of data tucked away in your memories. Although this is true on a very superficial level, the reality is that dreams are a much more complex psychic phenomenon. Every person's dreams create a piece of the ever-changing patchwork that is the Dreamscape, a living tapestry composed of the totality of mankind's dreams. When Frightling is inside someone's head, he manifests inside this psionic dimension, which naturally enhances his abilities. Because the Dreamscape connects everyone's dreams, Roman has the power to travel between dreams without returning to reality.

A dream only exists while its creator is dreaming it, which means that when the dreamer wakes up, that portion of the Dreamscape ceases to exist. Because of this, there are very few rules governing the way things work there; it is literally a land pieced together by pure imagination. There are, however, things that naturally reside there which are beyond the Frightling's control. Powerful psychic forces exist in the Dreamscape that take great issue with the Frightling's presence for reasons he does not yet understand.

The Hazards:
Not Roman's first family, but the first group of people that really understood him enough to keep him around without taking advantage of him. They take little issue with most of his sadistic behavior, as long as Roman makes sure not to direct it at them. A few of them even proactively encourage it from time to time. As a squad, they've been making a name for themselves through some high-profile criminal exploits - something that Roman, a man who has lived most his life seeking anonymity, is still getting used to.

Dragon's Den:
Roman has complicated feelings about the Dragon's Den. On one hand, they really did help him out of a bad situation when he was younger. On the other hand, Roman knows he can't trust them for shit; he's picked up on the fact that they only come after him when they want to use his powers for something.

Drake:
The leader of the Dragon's Den, and the one both Roman and the Frightling blame for the manipulative, predatory tactics used to draw them into it in the first place. Drake is an elitist who, despite the act he puts on in front of the others, genuinely thinks he's better than the other Dragons. He looks down on Roman's inability to control his base urges. Roman looks down on Drake for being a fucking prick.

Woodsmoke:
A demolitionist for the Dragon's Den who has a personal beef with Roman after the Frightling took over the tree-man's body and started a country-wide forest fire that forced him to go on the run. Woodsmoke was the first member of the Dragon's Den to come after Roman since blowing up with the Hazards, but the encounter was very short-lived; The Frightling managed to get inside his head and send him backing, undoubtedly rekindling the feud between him and the group.

Startup:
The most formidable opponent among the Dragon's Den aside from their leader, and the one with the strongest moral code. Startup has crafted equipment designed to help keep Frightling under control, making him one of the most well-defended against the Frightling's attacks. This of course only pisses it off. Roman finds Startup's hero complex unbearable.

Wild Streak:
One of the few members of the Dragon's Den who Roman actually gets along with, mostly because Wild Streak is the only one of them who understands the need to be free. Wild Streak is inherently fearless thanks to the amped up adrenaline flowing through him all the time, which makes it hard for Frightling to feed off of him.

Tough Guy:
A single-minded brute enforcer with the Dragon's Den whose dreams actually bore the Frightling because the only thing that really scares him is being weak. It doesn't exactly make for great sustenance compared to more impressionable individuals.

Swamped:
Another Dragon's Den member who Roman shares a mutual respect with. They bonded over a mutual distaste for the inner workings of the Dragon's Den and its members, although Swamped maintains a decent relationship with the organization.

Mosquito:
Nobody in the world likes Mosquito, even among the Dragon's Den. He's always being a nuisance and invading people's personal space. Even for someone as pathologically creepy as the Frightling, his lack of boundaries is just too much to handle.