((This is Henry McManus, my first fully-developed RP character for City of Heroes! He started as just a plainclothes bruiser, but has adopted a costume and superhero moniker since reaching level 20. I RP him as being relatively new to the whole costumed crimefighter thing, and I've found it to be a very rewarding experience. Any comments, critiques, or suggestions are more than welcome!))

Henry McManus was born the youngest of three sons to a poor Irish couple, shortly after their relocation to the United States. Taking residence in South Boston among other Irish immigrants, they eked out a humble existence in the slums, unnoticed. Henry's father Patrick was an unskilled laborer who hauled salt at the docks for a meager wage. His mother Dierdre, occupied with her three sons and two daughters, stayed at home and on occasion sold quilts to neighboring families. Henry's childhood was entirely unremarkable; he had a good relationship with his parents, despite the infrequent adolescent clashes with his devoutly Catholic father, and he grew up to be a strong, healthy young man. His two brothers eventually returned to Ireland, where they became involved in the troubles plaguing that region. His sisters married and moved away, living quiet, comfortable lives in other parts of the United States. Henry's father passed away from a heart attack two days after Henry's twenty-first birthday, leaving Henry to take care of his aging mother. Supporting the two of them the only way he knew how, as he had few skills, Henry got a job working at the docks. Reluctantly, Henry found himself following in his father's footsteps. 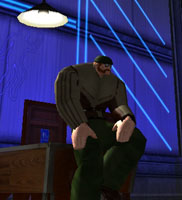 Just over a decade after taking up his father's dead-end job, Henry had become a severe alcoholic. With literally zero advancement in his job, no savings to speak of, and no way out in sight, he turned to the bottle, hoping to drown his sorrows and escape from reality. Every night after hours of monotonous work at the docks, Henry would head to his favorite pub and drink until he couldn't see the floor. Every morning, he would wake and head back to work, with a splitting headache and a sour stomach. This cycle continued for 2 years, and Henry accepted with bitter resignation that he would most likely die halfway into his thirties. Ironically, it was this self-destructive behavior that would ultimately be the catalyst for a change beyond Henry's wildest dreams.

One morning, after a night of unusually heavy drinking, Henry found himself behind the familiar controls of his crane. The sky was overcast, and a fog had rolled in the night before, lending a surreal atmosphere to the dockyard. A ship chartered from Striga Isle had come to port, and the dock was abuzz with activity as cargo was being moved. Henry, barely able to maintain consciousness, struggled to stay focused on the job at hand. Operating his crane, he set to the task of unloading the heavy containers. It was then, in a single moment of carelessness, that a tiny lapse of focus lasting a fraction of a second changed Henry's life forever. Letting his eyes close momentarily, Henry's grip on the controls slackened and a huge cargo container slid from the grasp of the crane, tumbling down and landing with a thunderous crash. Panicked workers darted to and fro, checking the damage and assessing the situation. Henry, dumbfounded, climbed down from his crane and went to the fallen container. As soon as he approached the crowd, hoping to apologize to his shift manager and plead for clemency, the container exploded in a blinding flash of light and screaming metal. Henry's world went white.

Two of Henry's co-workers died in the explosion, he would later learn. The detective who brought the news showed little emotion save for the clearcut frustration he expressed in telling Henry they didn't have enough evidence to hold him legally culpable for the accident. Henry, lying in his hospital bed, was overcome with grief. It wasn't until the doctor visited him later, explaining the situation with nervous bewilderment, that Henry realized he was completely unharmed. Rejecting the doctor's suggestion that he remain for observation, Henry promptly left the hospital and headed for the nearest bar he could find. For six hours, Henry drank. For six hours, he remained sober as a judge. Three bottles of Jameson and nineteen pints of Guinness later, Henry stood outside the bar, unable to comprehend his situation. Numbly, he reached the conclusion that he was being punished by God almighty for his transgressions. Trudging through the pouring rain, Henry made his way outside the city and, climbing the highest radio tower in sight, decided to end his suffering once and for all. Saying a quick prayer and begging his mother for forgiveness, he leapt from the tower, plummeting to the earth below. When he landed face-first and promptly stood up, it became apparent that Henry had been gifted with something extraordinary. 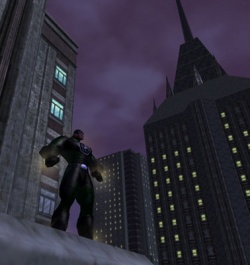 Haymaker takes in the sights and sounds of his new home.

One year later, Henry McManus arrived in Paragon City. Sober, hale and hearty, the mountain of a man set about meeting others who could help him find a place for his newfound abilities, as well as searching for clues as to the nature of his life-changing accident. What was in that container, and why was he the only one affected in such a way by the explosion? These questions would drive Henry, giving him purpose. After attending university, receiving a Bachelor's degree in property management, and performing several months of contract work for the Hero Corps, Henry decided to formally adopt a superhero identity. Taking the name "Haymaker" as an homage to the powerful left hook that ended the majority of his battles, he donned a costume and hit the streets as an independent crimefighter, relying on his superhuman strength and endurance to give him the edge. Though a newcomer to the superhero lifestyle, Henry shows great promise as an up-and-coming hero. His physical abilities, paired with an enormous compassion and zest for life, make him a fantastic addition to the ranks of Paragon City's protectors. 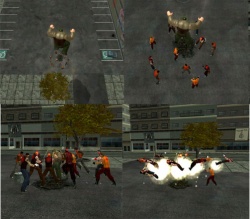 Henry possesses superhuman levels of strength and stamina; he has yet to find an upper limit to his strength, but the heaviest object he has lifted to date was a fully-occupied city bus. Able to run for miles without the slightest hint of exhaustion, Henry's heart and lungs function at a level far beyond the average human parameters. In addition to these properties, Henry's metabolism has also been affected; Henry processes chemicals and compounds faster and more efficiently than any normal human, making him all but immune to most poisons and debilitating substances. This is the cause of his perpetual sobriety, a condition which he has grudgingly learned to accept. Henry's level of resistance to disease is not currently known, though he claims not to have caught even the slightest cold since having the accident. 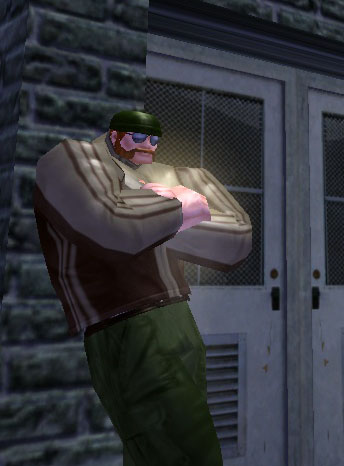 Henry speaks with a fairly thick Irish accent, despite having been born in the United States. The fairly homogeneous Irish-Catholic immigrant population in the neighborhood where he grew up, coupled with his own family's pronounced accents, are likely to blame. Equally quick to make friends as well as enemies, Henry speaks his mind and expects others to do the same. He is open, honest and generally pleasant. Henry has little patience for braggarts, bullies and show-offs, however, and delights in cutting them down to size. Accustomed to being intellectually underestimated on account of his size, Henry is usually quite content to play the fool and let people believe him to be the "big dumb guy" of the group, until he opens his mouth with surprisingly acerbic wit.