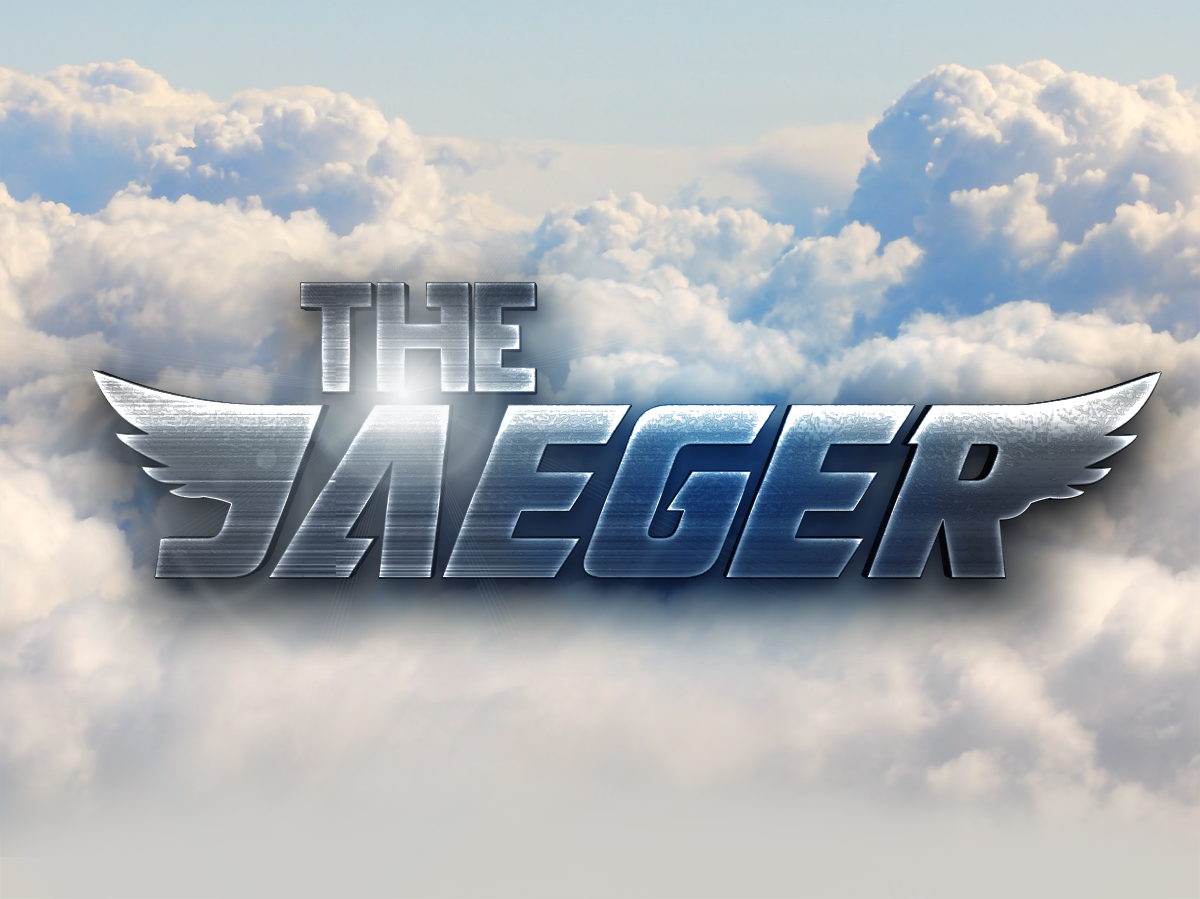 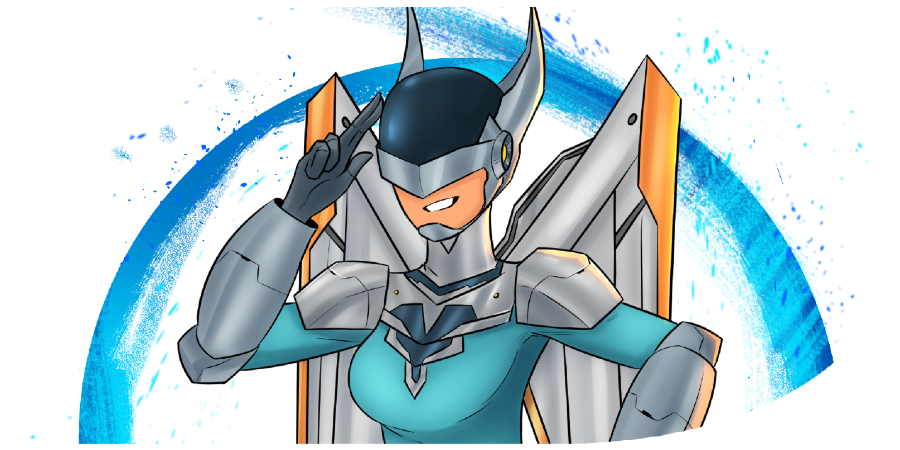 T
he Jaeger has existed in one form or another for hundreds of years. A beacon in the dark cited as far back as the 1600s, the Jaeger is more of a name and ideal than it is an actual person. A mantle passed down through families for generations but skipping to new ones when legacies fell short; if the Jaeger dies and has no heirs, or dies away from his family, the mantle is picked up and passed on.

Though some texts do not use names, clues are often factored in to point at the Jaeger; in a time before newspapers and press, or even the idea of a hero being true, the Jaeger has stood as a figure waiting in the shadows, seemingly nameless and amorphous and willing to fight for the little guy and right wrongs thought impossibly set in stone.

Countless families have held the title of Jaeger, and all were given information — an edict and manifesto of sorts — like a set of tenets to follow and instructions on how to keep the name afloat and the legend alive.

Somehow the name survived, and the ideals remained the same, even if the technology and manifestation of the hero have changed. Where there used to be iron armored pieces now stands sleek, technologically advanced metals; where there was once heavy armor to make him sturdy and heavy footfalls to make his presence known, now exists wings to lift him into flight, to push him forwards and make him better; where once only men stood in the shoes of the Jaeger, now exists a woman who is willing to shoulder it all and push forward.

While the Jaeger name and persona had not always been within the Cain family, for the last one hundred years it had belonged to their family alone. Martin Cain and his son Lucius are the most notable members of the Cain family to hold the title — in legend alone and not in name, as the Jaeger title lives in secrecy — and by pushing forward and adapting to modern circumstances they've pushed the boundaries of what the Jaeger could do in the past into the forefront of technology.

Miranda Cain now holds the weight of the Jaeger on her shoulders and is constantly adapting the armor to be upgraded — more efficient and sleek — and though no one will ever write her name in history for this, she still takes pride in every moment she spends serving the city as The Jaeger.

Global Defense Force — The Jaeger had never previously joined any group or held any affiliation, but now stands with a group settled on keeping the peace in both Paragon City and beyond; a family to support them and, if only mildly against what they were told, a family to know their secret identity.


Starforge — The Jaeger answers mostly to Starforge, though always defers to whoever has seniority should his presence be absent. They seem to work well together in the field and keep an eye on each other in a way that may cause scrutiny.


Proudstar — Often there for the Jaeger when even they don't know they need it, Proudstar has become one of the closest persons to the Jaeger in public work. Often seen leaping in ahead to keep the Jaeger safe from a barrage of violence, Proudstar is one of the only heroes they are seen to work with so fluidly.

Jaeger Armor — a combination of an adaptive biomesh weave that keys into the internal biometrics of someone’s body in order to draw out of the latent energy and process it through the Jaeger core and amplified to be funneled through the gloves and used as superheated blasts. Other metal pieces have been retrofitted to utilize some of that energy to increase flight capacity through the newly designed Predator jetpack and wings; design elements have been added to make the suit sleeker overall.

Plasma Sword, "Predator" — a sword new to this form of the Jaeger, mastered by Miranda Cain in her childhood training, she felt the need to include it within her iteration of the Jaeger. A mechanical hilt with a micro-faraday cage weave constructing the blade with plasma made ideal for causing minimal damage at its lowest setting (for use against organic beings) or being keyed up beyond its initial and slicing through harder metals and inorganic compounds.

Jaeger Bombs — A set of varying explosive devices that can either provide smoke for cover or cause a mass of confusion in the enemies around her. They’ve been modified to work in tandem with the energy produced from the Jaeger armor and morph on the fly into what might be more necessary in the moment. 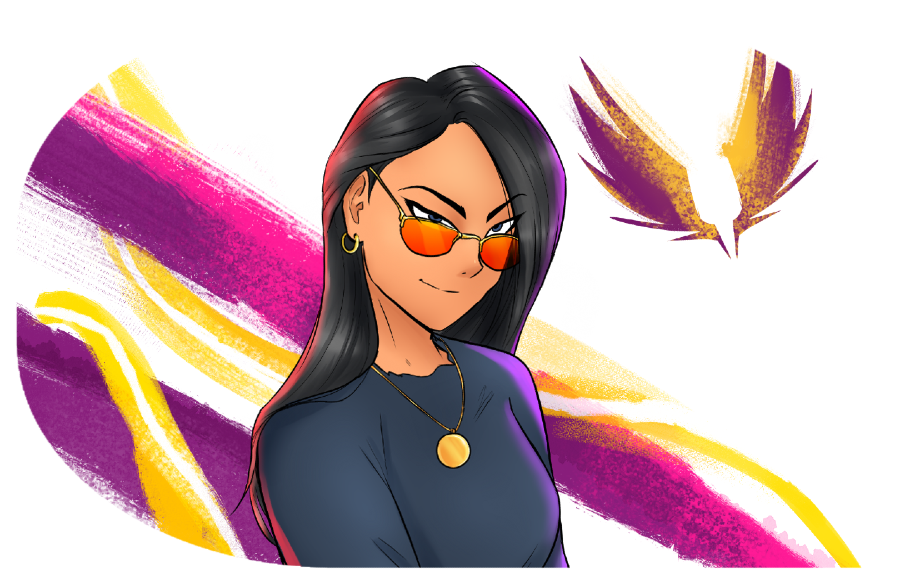 B
orn to a prominent family and the leaders in their industry, Miranda Cain had every opportunity to succeed and used them all to her advantage. Though living in the shadow of her brother was hard for her as a child, she came to understand it was a necessary evil in her life that she would have to shoulder and as she grew, learned to take it in stride.

Where her brother received the best training and the lion’s share of her father’s time — being groomed as both CEO of Cain Industries and otherwise — Miranda was not entirely ignored and spent some of her time learning the ways of their business as well as taking Kendo classes in her free time and training along with her brother in the times when their father was preparing him.

Her mother left early, deciding at some point that the family was not worth what she considered to be a step down; never one for affection or anything other than expectation, her loss was not really felt. Louise Cain returned to her maiden name of Carson and started her own rival company, still never quite reaching the same heights as those before her; Miranda was secretly devastated by the abandonment but learned to rise above.

After the untimely death of her brother, Arthur, when she was 15, Miranda was suddenly thrust into the spotlight as the new heir to both the company. Even though she was up to the challenge, she leveraged her time based on the fact that her father, Lucius, was in good health and seemed unlikely pass any sooner, but only a year later he was found dead in the family estate under suspicious circumstances.

Though they never decidedly called it a murder, and the investigation had gone on for almost two decades, it’s considered settled by everyone but Miranda. Her father's death weighs heavily on her every day, but she presses on to keep the company afloat and make sure that the Cain name retains the prestige that it always has, as well as its philanthropic spirit.

Now in her thirties, Miranda is juggling personal life and a secret identity, as well as the company that will shine as her legacy. Though she hasn't spent much time in the estate since the time of her father's death, she now thinks that perhaps both her brother and father were murdered; she's been looking into it quietly

Starforge — ♥ Miranda met Matt by weird happenstance, a tale of ski bunnies and photoshoots that led to a masquerade that led to twinkies and beyond; a surprise to both of them, their relationship blossomed quickly. While they're in no particular rush, feelings exist and attachments have formed and it seems unlikely for Miranda to ever say goodbye to Matt.


Bumble Belle — There is no one on the planet like Elizabelle, and Miranda is better for knowing her. The woman most likely to get Miranda's homebody self out of her PJs and in a club she never though she'd show up to, Belle has become one of Miranda's best friends. Ride or die best friends.


Crowning Glory — Addison is pretty much everything that Miranda wishes she could be: confident, self-aware, and unshakeable. Every time she's out with Addi she feels like the entire world exists to shine its light on the other woman and she couldn't be happier to stand there with her, enjoying the other's presence.


Proudstar — Alex and Miranda both have the blessing of dating men from the Global Defense Force, though that's not what brought them together. Only a few moments together and Miranda felt as if she and Alex had similar thoughts on things. Both have more money than they know what to do with, though Alex's fame is far more prevalent than Miranda's own meager business offerings, they seem to mesh well together.


Girl-Crush — Kanako is exuberant and determined, and in her, Miranda sees a lot of the brother she lost; it makes her want to keep Kananko safe at all times, even though, especially as the hero Girl-Crush, Kanako can definitely take care of herself. Sometimes far too down on herself, Miranda makes it a point to tell Kakanko how good she is at all times.


Cain Industries — As the current CEO of Cain Industries, Miranda works tirelessly to keep them on the cutting edge in their field. She seems to be well-loved enough at the company by most and her relationship within is extremely professional.

♪Miranda Cain Playlist♫
♪The Jaeger Playlist♫
PLAYED BY: @Drea
TEMPLATE IN PART BY: @First Player
UPDATED: June 3, 2021
RESOURCES USED: Text Gradients, SOME Image Editing, Playlists
Disclaimer: You ARE allowed to use this code but I assure you it's not pretty and is probably more trouble than it's worth.