Can't or won't give or answer to any christian name, and no memories she can bear to piece together, but plenty of nightmares. And a number of skills, both as a pistolera and a bruja. Which would never be enough. But there is a hunger for the road. A hunger to find someplace safe, and to help others find someplace safe. She is La Viajera, and she is the best there is at what she does-- helping people go where they need to go.

Evasive with strangers, obsessive about helping others, especially to escape dire situations. Never really comfortable, never allows herself time to feel tired, though not totally averse to celebration on appropriate occasion.

La Viajera is an uncanny marksman. Some contend her ability leans heavily on charms and spells, but in fact she was a gunfighter before she ever began to learn the Sacred Arts, and those who know what to look for in a seasoned combat veteran can tell she knows how to handle herself in any kind of fight.

A formidable witch who specializes in the arts of Wayfare and Warfare, her spell-craft bends space and time to help her and her friends slip through the cracks, and stay one bullet ahead of her foes. Familiar with all the powers of her ancestors, Aztec, African Diaspora, Catholic, and Iberian Muslim alike.

La Viajera is rarely without useful tools and the skills to jury-rig or repair, weaving practical craftsmanship together with a mortar of magic. She is in fact one of only three spell-crafters trained by the elusive Master of Cobblestone Mountain, in her generation. 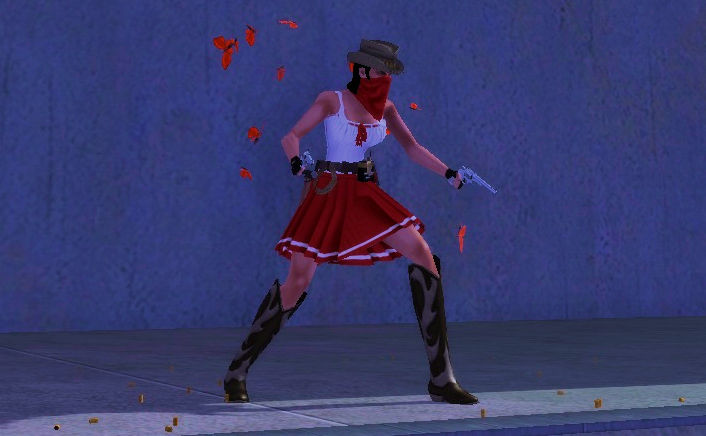