Known for his role on the Imperium-approved rom-com about the ace pilot who kept a sorcerer supreme in a bottle, Mansfield hated to disappoint fans. When they contacted him about rumors of evil magic, he tried to contact the Carnival of Light in First Ward, but intially had little success. Until the day a fan brought him a lost ruby pendant, which, putting on, he began to remember his double-life working with the Carnival, training in sorcerous powers. Mansfield is still not sure why the ruse, but his sorcerous training has advanced by leaps and bounds despite the carnival being tight-lipped about their reasons for keeping his activities secret from himself.

An enthusiastic semi-professional ballroom dancer, Mansfield has a spare, athletic build, and a volume of blonde hair. As the preeminent representative of the Carnival of Light on Primal earth, he dresses in the order's white and gold, parti-color pants, and boots, as well as a tuxedo top and golden mask unique to him.

Mansfield is charming and naturally gregarious. This trait of personality is in rare combination with his seemingly boundless curiosity regarding arcane arts, keen intelligence, and exemplary self-discipline.

M'Sieu of Mystery is good friends in First/Night Ward with Nadia, the Palatine, Trina Furst, Candlestick, Vanessa De Vore, Blind Makwa, Pazuzu "the Magician," Sir Bedwyr, Montague Castanella, and War Witch. He is frenemies with Cerulean and and on Primal Earth, has more recently made good friends of Azuria, Cadao Kestrel, his own primal counterpart Madeline Casey, as well as Mirror Spirit and Serafina.

Mansfield has mastered a vast array of sorcerous techniques. Rarely has he met a wizard, witch, sorcerer, or sentient book, from whom he could not coax whatever he liked. And with a clear conscience he has coaxed a great deal of esoteric knowledge indeed. He is the only known sorcerer who has been capable of using and balancing the Light arts and the Shadow arts alike, and usually goes into battle surrounded not only by several simulacra of himself, but also by a shining Bright Servant and a murky Dark Servant. 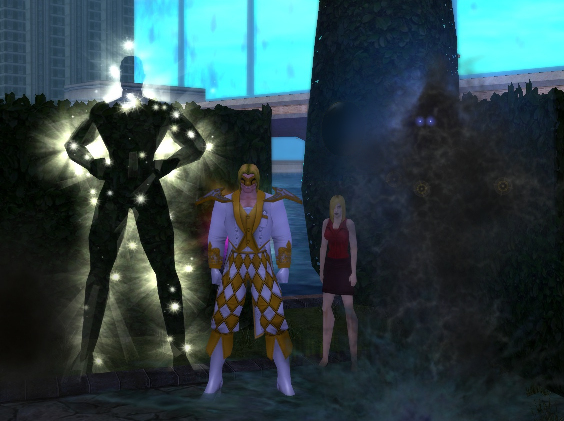