Here's a land full of power and glory

Chorus from "The Power and the Glory" by Phil Ochs

For Elizabeth Ross, being born on the 4th of July and being named the same as the maker of the first flag, wasn't a coincidence, it was fate giving her a sign, and a point of pride. She joined the military at 18 as a medic, which could get her to the front lines quickly if her nation needed her. And it did. When the Rikti came, she was there, patching the wounded and the fallen in Baumtown. The wreckage of the building identified it as a subsidary of Crey, but the formal inquest into the explosion was ruled "inconclusive". When Betsy awoke from the coma, she found the chemicals she was exposed to gave her the ability to control and manipulate fire, both to harm and heal. Assuming the name of The Republic torch, she now fights for Truth Justice and the American Way! 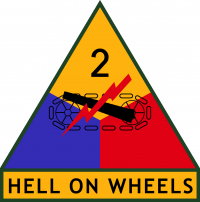 Elizabeth Michelle Ross was born in Fort Hood, TX. Her father, David was an officer in the United States Army 2nd Armor Division (Hell On Wheels) as part of the 1st (Tiger) Brigade and claimed to be a distant relative of the famed Betsy Ross of American Revolutionary times, who Elizabeth was named for. Her mother, Jane was also part of a military family, and married David shortly after his comission. Shortly after Betsy's birth, her father was deployed to Germany. When she was three, her father was sent to Kuwait as part of Operation: Desert Storm. Rather than cartoons, she was transfixed by news reports from the war, scanning the images for her father, unit patches, or the vehicles his unit used. In school, she was teased by fellow schoolmates after learning about the Betsy Ross myth, but she took it as a source of pride, and after a long discussion with her parents, made a decision to wear only the colors of the flag in her everyday clothing (which her very patriotic father was enthusiastic about). By the age of ten, her interest in the military had turned into a full fledged hobby, as she collected military medals, unit insignias, models and toys of military equipmernt and military memorabilia.

Rather than going to college, Betsy enlisted directly from high school (much to the chagrin of her family). Her reasoning was simple, she could spend four years in the military and get some life experience, then return after college as an officer. Unfortunately, she never got the chance.

As a medic in an anti-airchraft brigade, Betsy's unit was deployed to Paragon when the first Rikti invasion happened, staging in Baumtown. As forward units from her division engaged Rikti forces on the ground, her brigade rained missles on the dropships. After a number of decisive hits, the mothership turned it attention to her battery of launchers. The devastation from plasma fire on the missles caused a blowback explosion that destroyed the unit to a man, and leveled several of the buildings around them, including a rear area, behind a Crey research lab where Betsy was tending to wounded.

Betsy was pulled from the rubble as the only survivor of her unit, although badly wounded and comatose for nearly two months. Once she awoke, the Army awarded her several medals for reamining at her post, even uner heavy fire, and her valiant efforts to save her fellow soldiers. She was immediatly discharged honorably, allowing her to pursue a nursing degree at Paragon university.

In 2007, just weeks from graduation, the Riki invaded a second time. A large infatry group landed in the central courtyard of Paragon university and began firing indiscriminately. As she tried to lead students to safety, a group of heroes engaged the Rikti, including Wild Surge (a student at the school) and Gaea's Soldier of The New Regulators. A plasma blast sent Surge crashing through a window, and left him badly hurt. As she rushed to his side to try and treat the wounds she felt a ripple of heat rush up her spine and to her hands, healing his wounds. Turning to the Rikti, filled with rage over the loss of her friends, her fellow soldiers and the sheer odasity (in her mind) of attacking the USA on it's soverign soil, she charged, gouts of flame, ash and soot ripping through the air and blanketing the aliens. The unexpected assault disoriented the Rikti long enough for Gaea and the rest of the team she was with to dispatch them.

With the military unable to accept her back into active duty, Gaea's Soldier invited Betsy to join the New Regulators. She acts in a support role using her ability to manipulate flame for harm or healing.

This character was born from my desire to play a "Patriot" themed hero. As a veteran of the US Army and having served active duty during Desert Storm, I always thought the wave of patriotic media from that time would generate a new generation of patriot heroes. I love playing controllers, and have always wanted to play a fire controller. When I returned to the game after a year hiatus, and found that the flame healing set had been added to controllers, I jumped at the chance to make once.

I'm not crazy about the name. I knew I wanted "torch" or "flame" to be part of the name, but had a heck of time finding anything American-patriot themed to go with it that wasn't taken. After like 30 tries and variations, The Republic Torch worked.

Eventually I want to make her a Statue of Liberty looking costume. I'm thinking the crown is going to be the hardest part to do.