A second-generation heroine from Praetoria, Belle Liberty served with the Praetorean Police Department Powers Division as a way of protecting the people, from Hamidon, from the Resistance, from criminals, and from Praetorea's less scrupulous "heroes." Eventually recruited to come to Primal Earth by an undercover Longbow agent, Belle Liberty has found a new home to defend - Paragon City.

The first Belle Liberty - Melissa Stennis - was herself born on Praetorean Earth only a few years before the Hamidon Wars, and when she came of age, she volunteered for duty in one of the superpowered organizations of the day. At the time, many people volunteered to be experimented on, be exposed to various forms of radiation, or take possession of barely-understood mystical artifacts, as the only fighters that were having even small successes against Hamidon and the Devouring Earth of Praetoria were the supers. Melissa Stennis was one such volunteer, and one of the fortunate ones - the mutagenic cocktail that she received granted her enhanced strength, durability, stamina, and the ability to defy gravity. Taking the nom de guerre of "Belle Liberty" and donning a patriotic-themed costume, she fought alongside many other heroes, as well as the formations of the United States' War Department in the losing battle against Hamidon.

Eventually, she married Johnathan MacReynolds, a United States Navy officer and commander of one of the Atlantic Fleet's heavy cruisers. When she discovered she was pregnant, Melissa retreated to Nova Island, where a man named Marcus Cole was establishing a stronghold against the Hamidon. Even then, as soon as she gave birth to her daughter, Elizabeth, Melissa only remained long enough to foster her daughter with her sister, Amelia, before donning her costume again and returning to the fight against Hamidon.

Both Melissa and her husband were killed while defending Newport News and the shipyards there from Hamidon attack, mere minutes before an Air Force bomber dropped a nuclear weapon on the shipyards. 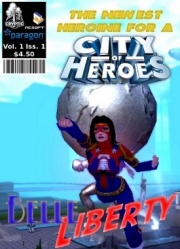 Taking up the Mantle

Elizabeth Stennis - she grew up using her aunt's last name - remained unaware of her mother's secret identity as Belle Liberty for nearly two decades. As she grew up in the Imperial City - and watched the various groups start to tear apart anyone they perceived as a threat, or merely standing in the way of their gaining more power. While studying for an electronics engineering degree, Elizabeth arrived at her aunt's house to find a group of Syndicate there, ransacking the house and standing over her aunt's cooling corpse. When Elizabeth dropped a book in shock, one of the Syndicate members turned and, unhesitatingly, shot her three times in the stomach. Elizabeth dropped to the ground, but almost immediately jumped back up and tackled the gunman, knocking him to the ground and rendering him unconscious. The sounds of gunfire and fighting brought a group of Praetorian Police officers running, and Elizabeth was taken to Cole Medical Center.

At the hospital, after multiple tests and some investigation by the PPD, her mother's identity as "Belle Liberty" was revealed to her, as well as that she had inherited, in full, her mother's genetic mutations - and quite possibly some other surprises. Given that she was a super, she was then inducted into the PPD Powers Division training program, where she was trained. One subject in particular was hand-to-hand combat, as a means of giving her more control and precision in using her enhanced strength - especially since it was less "super-strength" as opposed to "superb Olympic athlete strength." Other subjects included investigative techniques, tracking, and finishing her civilian degree in electronics. It was during this period that she designed her costume and accepted her mother's mantle, becoming the second Belle Liberty.

Unbeknownst to her, this was not unnoticed by the powers-that-be in Praetoria - Cole himself had signed off on the costume and code name, despite both hearkening back to the old United States and it's greater freedoms; he figured that showing a symbol of the old order standing on his side, fighting for him, that would tighten his grip on the people, and lower the morale of the Resistance.

Praetoria and the Wardens

After graduating and becoming a full member of Powers Division, the new Belle Liberty quickly realized the factions at work in the PPD - the Wardens and the Crusaders - and put herself on the side of the Wardens, protecting the people from anyone who tried to harm or exploit them, be it the Syndicate, the ravening Ghouls, the Resistance, even the PPD or other Powers Division personnel. She would defy orders, for example, concentrating on rescuing innocents even if it meant letting Resistance troops escape, and taking on both PPD and Syndicate personnel when PPD teams were setting a crowded office building to explode to kill a top Syndicate member.

While she never made any public statements, she was qiuckly recognized as a throwback, an honest hero among a group that could hardly lay claim to the title. And as such, other groups started to watch her. Finally, she was contacted by a man who identified himself as an operative of an organization called "Longbow," who told her a nearly unbelievable tale of alternate dimensions, where duplicates to the people she knew lived different lives. A world where Hamidon had never nearly destroyed humanity, and where Marcus Cole and his lieutenants defended mankind as heroes, not ruled them as tyrants.

The Longbow operative asked her to rescue the rest of his team from the PPD, and in return, he'd bring her to this "Primal Earth," where she could continue doing what she had been doing here in Praetoria, and, he said "receive the recognition she deserved." Agreeing to help, she attacked a PPD-defended warehouse in Neutropolis and rescued a half-dozen Longbow agents. Part of the ensuing fight ended up on a news report, and eventually several Powers Division personnel came to reinforce the regular PPD troops. Fleeing with the Longbow team to their underground base, Belle Liberty was brought from Praetorian Earth to Primal Earth. 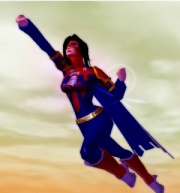 Look! Up in the sky!

Elizabeth Stennis' first weeks on Primal Earth were not entirely enjoyable. Agencies running the gamut from Freedom Corps to Vanguard to the FBI and the FBSA, plus several mystics and telepaths, all came in to interview her. While it was not an enjoyable experience - interrogations rarely are - Elizabeth understood; Cole wouldn't blink at sacrificing a platoon of PPD and Powers Division to put an agent on this other Earth, one that regarded him as a threat and had evidence that Cole was planning an invasion. Moreover, she learned that she, surprisingly, had no Primal Earth counterpart - her mother had existed, but had been hit and killed by a drunk driver as a teenager.

Once all the agencies involved were satisfied, Elizabeth Stennis was established with an identity and United States citizenship, and was allowed to register her identity as Belle Liberty as a superhero in Paragon City. Since then, she has been working with many groups and organizations against the various threats in and out of the city, from heading off a Tsoo war against the other Paragon City gangs to striking at Arachnos. She also will take any opportunity to fight against the Devouring Earth on Primal Earth. As well, of course, she has been brought in several times by Portal Corporation and Longbow to help analyze intelligence coming out of Praetoria, and occasionally identifying individuals who might be receptive to Longbow contact there. 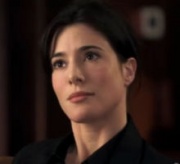