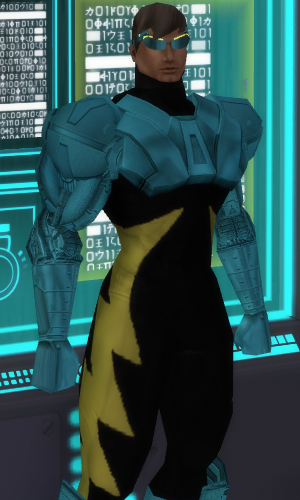 Holmes Investments is a corporate investment firm run primarily by members of the multi-billionaire Holmes family since its creation in the early 1900s. For over a hundred years, they have used their wealth to fund the development of businesses and communities around the world. Their hands are in virtually every economic industry, and their influence is vast.

Each member of the Holmes family is highly individualistic and is granted the freedom to use the limitless resources of Holmes Investments to finance their own personal ventures upon reaching adulthood. Generally speaking, they are all very skilled businesspeople and excel wherever they establish roots. Morally, they are all over the place; even some of the least malicious capitalists among the family would still put profits over people in the right scenario.

Social media influencer Dustin Holmes is the youngest member of the Holmes family currently employed by the company. Shortly after his 18th birthday, he used his corporate power to start up a company called the Fritz Foundation, which develops technology that Dustin uses for his high-profile career as the vigilante Fritz. To make a profit, Dustin maintains social capital by publishing his heroic exploits online for his fans, and then uses his social capital to sell watered down versions of his gadgetry adapted into safer pieces of technology. All of the gadgetry is invented by Dustin himself, and he takes pride in his own ingenuity, although he still has teams of people assisting him at every level to help keep the company afloat.

Although the entire Fritz project is undeniably a vain attempt to make Dustin famous, it is also possibly the most morally righteous and altruistic business under the Holmes corporate umbrella due to the very direct, positive impact the Fritz Foundation makes on society every day.

The Fritz Foundation works very closely with Titan Industries due to sharing similar goals of keeping dangerous technologies out of evil hands, although Titan Girl tries her best to keep a distance between the two companies publicly because of Fritz's numerous media controversies that are born out of his egotistical, incessant need to always be the center of attention.