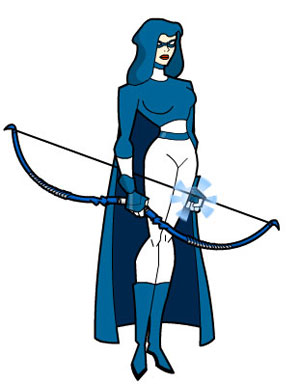 Growing up Kristin, known to those close to her a Kitta, had the world as her playground. The daughter of an Norwegian ambassador, she often found herself traveling with her parents visiting the various corners of the world, from China, to Milan, the Pacific Islands and the United States. As a result Kitta became fascinated with world history and upon graduation from college she began to explore, searching for lost relics.

While her interests were broad she had a strong connection with her home, and many of her excavations were focused primarily on the Northern European countries. Most of her finds, while significant, were small, but she enjoyed the work thoroughly.

Towards the end of a dig in the northern most reaches of Svalbard on the uninhabitted arctic island of Nordaustlandet she would come across a startling find that would redirect the course of her life. It had been long believed that vikings and other ancient peoples had never inhabited the frigid island, well within the arctic circle. However stories and myths spoke of a kingdom on the island, and Kitta was determined to find it.

The summer was close to finished and the weather would soon become unbearable, with the end of summer the dig would end. Most of the team had already left, and Kitta was left with only two loyal assistants, even she, after several months was beginning to believe that perhaps the myths were nothing but stories. Finishing up for the night a light in the distance caught her eye, telling her assistants to wait for her, she moved off.

The gale blew in from nowhere and in blinding snow she found shelter in a cave near where she had seen the light. After a day of unrelenting snow she found herself snowed in to the cave. Faced with freezing to death or starving she began to explore. Stumbling through the cave in only partial light from emergency light sticks, she quickly realized the cave was not naturally formed.

Kristin had found the entrance to the mythical kingdom, and she would soon find that it wasn't uninhabited. The inhabitants themselves were a marvel to look upon, like the ancient gods come to life, they welcomed her warmly into their home.

However even in her hunger Kristin was wise enough to forgo their offered food, instead trading or offering something in kind for meager amounts. The time passed felt like months and she took in the knowledge and information they offered. She'd stumbled onto one of the last hidden faerie kingdoms, and impressed by her knowledge, respect and kindness she was offered a chance to leave.

That chance however came with a price as well as a gift. She would leave with two gifts, but she would be unable to return unless she was summoned. With a heavy heart she agreed, and accepted the gifts, a magic bow and the kiss of winter. Kristin was now the first human warrior of winter in over 600 hundred years.

Stumbling onto the beach, as if from a dream, she was found quickly by the rescue team. What had felt like months had been merely days, the bow she had been given was mysteriously missing and her mind remained in a fog for many days. Her family, concerned for her well being, decided to take her back in and brought her with them as her father took on his new position as ambassador to the US.

Since then she has taken up the bow and the mantle of the winter warrior.