No one knows who she was before she was radiated, not even her. Only that she was mutated by radiation. Her defensive abilities destabilize her molecular structure, causing her to shapeshift uncontrollably.

Not knowing who she is and still trying to find her true identity and make sense of what comes natural to her, she was stuck in a homeless shelter doing mercenary work to make ends meet. She is mentored by the semi-retired incarnate hero Doctor Tigress, though she's usually too caught up in her work as a geneticist and is very busy finding out who Mattilda truly is.

When Mattwo left to think on the state of affairs and blow off some steam after the group's first mission, he decided to have Mattilda to cover for him. 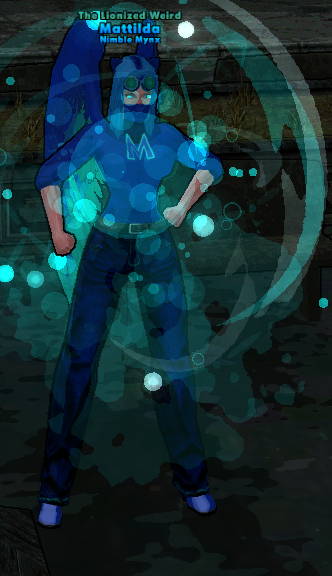