Just some random guy with a knack for robotics caught up in the battle between the resistance and loyalists. He is definitely not a high creation god trapped in a mortal body from another universe where he has more power. That'd just be silly. He also doesn't have real cat ears and a cat tail, they're realistic but robotic (This is all lies and he will lie about these things). He left Praetoria some time after Tyrant's defeat.

He has medium awareness but pretends he doesn't around others, he knows better than to use OOC knowledge as a result after all. He does however constantly reference media that he's not sure even exists in this universe, starting off by beating around the bush until he met Manic Quinn and noticed she was making similar references without beating around the bush.

He has a talent for leading and organization but is afraid of abusing power and refuses to lead other people.

Shortly after Mattwo left Praetoria, Mattwo joined with the hero-for-hire group, Veritas corps. Shortly after joining their ranks, he teamed up with them as they saved a young man from the circle of thorns.

He then joined them when Positron had asked them to form a task force and do some "chores" for him. During the chores, Mattwo retrieved a book from Oranbega but after they escaped, handed it right over to the leader of the Veritas Corps, Nayreia, who in turn immediately handed it to Azuria. Eventually, the Circle retaliated and attacked Atlas Park but the Veritas Corps task force managed to push them back. Eventually they learned that the Vahzilok, Clockwork, and Circle of Thorns were targeting the Faultline Dam where the heroes for hire managed to bag their first big name bounty, Dr. Vahzilok!

Mattwo attended a Job Fair in Kallisti Wharf alongside Veritas Corps manager Extraordinary Grunt and a couple of other members. While he personally was unsuccessful in recruiting anyone to the group, Grunt managed to gain new allies with another supergroup (which Mattwo quietly made a joke about because not only were their uniforms purple but so was their leader's prose), which everyone agreed was good enough for the day.

Some time later, the Veritas Corps base was assaulted by the Circle of Thorns and two of Mattwo's allies, Gloric and Veritas Corp co-founder Nayreia went missing. A year later, Nayreia's close friend, Umi contacted him to help investigating after failing to use her and Nayreia's contact at Hero Corps, Man of Ice to find Nayreia. Having already been working outside of the law to keep his true identity a secret, Mattwo was more than happy to help.

After investigating the criminal organizations on Talos Islamd, they assaulted a Circle lair where a librarian, Untilorum revealed to them that while they took no prisoners, they were looking for a prison known as Aukellan'bei and an yet unidentified shadowy figure told them that the Aukellan'bei's energy signature would be the signal to attack. Due to it most likely being in a transdimensional location, only a select few could find it and Untilorum believed Nayreia was one of them, by using her sword as a key. After the interrogation, Untilorum was handed off to Vanguard.

Umi decided it was good idea to investigate the destroyed Veritas Corps base where the group had an encounter with the evil scientist, Dr. Valtrosi and another old friend of Nayreia's, Manic Quinn, who at the time seemed to Mattwo to exist only to annoy Valtrosi. Valtrosi had set up bio-chem bombs and demanded to know where Nayreia was. After some back and forth where both sides learned something new, he armed the bombs but revealed how to disarm them, using this as leverage to escape in order to find Nayreia himself as he had some means of tracking her. Another new ally, Blue Hood showed up and gummed up one of his robotic arms with an arrow. In spite of being accosted by poisonous mecha-zombies, the group managed to disarm the bombs and recover a laptop with arcane runes on it, which may have belonged to Gloric. The group then questioned Quinn who revealed that Nayreia was actually one of Valtrosi's experiments but she didn't know that much else about her. It's then revealed that the laptop needs to be accessed by both magic and technology at the same time or else the hard drive will wipe itself.

Sometime later, Longbow tasked the mercenaries with finding a diplomat who was supposed to be under their protection named Mr. Ogai, while also investigating the source of a bizarre blackout and the riots on the streets. Mr. Ogai had been the sole survivor of two mysterious attacks on longbow werehouses, which lead to everyone assuming the incidents were linked. The group managed to quell the riots, saved Mr. Ogai and found the source of the blackout, an EMP device of alien origin that Mattwo had discovered and turned in to Longbow, disappointed that it was something so relatively mundane. The group had once again be attacked by strange zombie-like creatures but this time had no idea what they were.

After Umi recruited a poison specialist to help fight Valtrosi, Blue Hood got a response on her tracker. While as Mattwo expected, this wound up being a bit of a dead-end, they managed to recover a malfunctioning ValtroZombie that didn't self-destruct due to psychic interference from the Rikti in the sewers they were investigating. Manic Quinn brought it to a safe house with aid from one of Mattwo's protector bots' force field in case it wound up exploding after all.

With aid from Rikti Traditionalist Mentalist, Ku'Tinoc and psychologist and psychoanalyst, Dr. Helen Diabolik, the mercenaries were able to hack into the ValtroZombie's mind. While most of its memory was fried from the psionic interference, they managed to get the location of where it was created, a base in St. Martial.

The mercenaries raided the base in St. Martial, located below an Arachnos base, through a sewer tunnel underground which Umi found ValtroZombies coming out of, and found even more of Valtrosi's experiments, including unusual Arachnoids, Toxic Tarantulas and Devoured as well as proto-Amalgamonstrosities and a finished and perfected Amalgamonstrosity. After hacking into the base's network, they discovered Valtrosi had scheduled a boat trip to the middle of nowhere, leading to the mercenaries agreeing that they would meet him at sea for a final confrontation.

With the help of a poison specialist named Poison who cut off Valtrosi's poison supply, the group managed to rescue Nayreia and go on the offensive against Valtrosi, though he ultimately got away. However, Manic Quinn did manage to recover more data from his ship as he once again left his computer unlocked. Eventually they all regrouped and formed a new organization under Arachnos instead of Freedom Corp called Veritas Mercenaries.

The first job that the new group had involved fighting off Luddites, Scrapyarders and Infected. Mattwo became increasingly disturbed by the job but didn't want to leave it unfinished. Afterwords, he left at the start of the debriefing to think about the situation and let off some steam and promised that an acquaintance would cover for him. He then contacted his acquaintance, a homeless amnesiac mercenary named Mattilda and informed her that the group would have regular work for her and there was lodging in their new base, a submarine called the LNS Veritas. 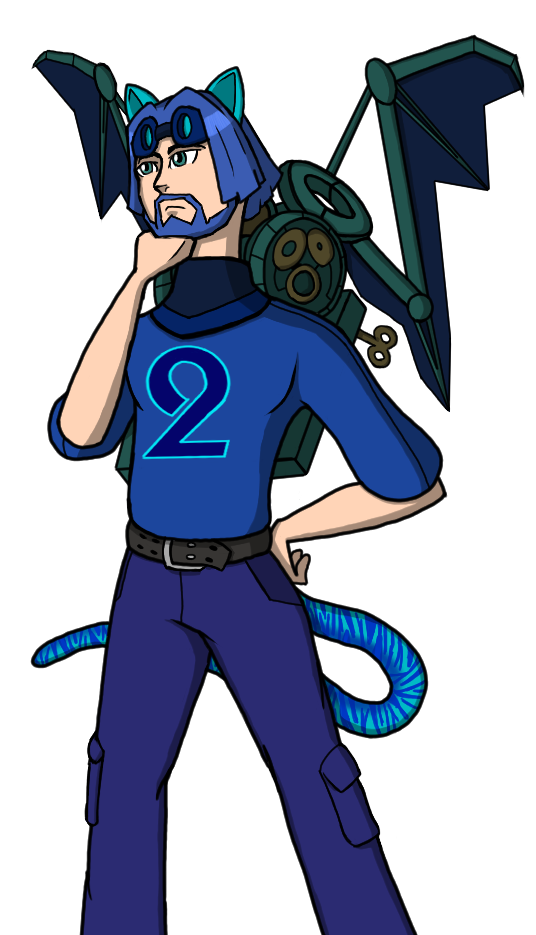